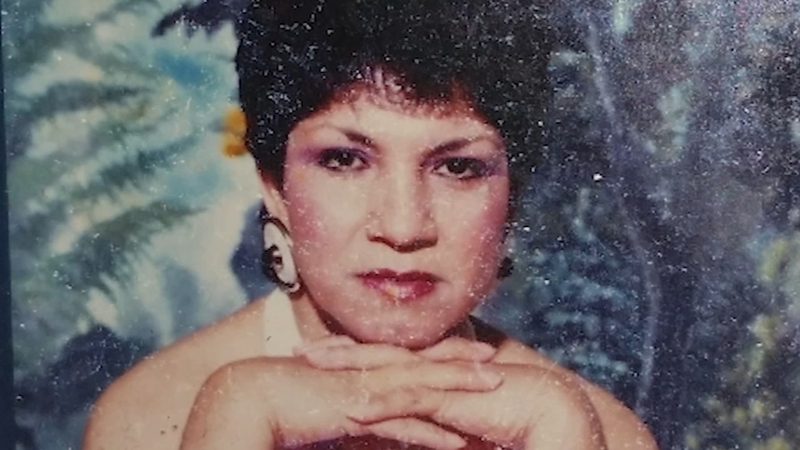 HOUSTON, Texas (KTRK) -- A grandmother is dead after a shooting during an apparent home invasion in southeast Houston.

The shooting happened just before 7 p.m. Monday in the 11700 block of Segrest Drive.

Police said 69-year-old Maria Garrett, her adult son and grandson were in the home when a man walked in and shot her.

When Maria's 34-year-old son, Mario Garrett, came out from the back of the house to see what happened, the suspect shot him multiple times in the neck before running away, according to police.

Mario was taken to the medical center in critical condition. Maria was pronounced dead at the scene.

BREAKING: A grandmother shot & killed in front of her son & grandson this evening in a South Acres neighborhood.

Houston Police say she was shot inside her home by a suspect who walked in.

Her son was shot in the neck. Her grandson is unharmed.https://t.co/L02YAET5zg

The grandson, who police said is 12 years old, was not injured in the shooting.

Police described the suspect as a skinny, tall Black man. He was reportedly wearing a red jacket, hoodie, blue mask and black pants, shoes and gloves.

"We don't know at this time what the motive is, what the relationship is, but this was a tragic incident," Asst. Chief Chandra Hatcher said. "Several family members hurt, could've been worse, but we're hoping that the community partners with us, helping to get answers for this family."

A grandmother is dead after police said she was shot to death in south Houston.

Family members believe it was some sort of robbery, though investigators say it appears the suspect walked in when the door was unlocked and didn't get away with anything.

In a press release Tuesday morning, HPD described the incident as an "apparent home invasion."

Officers have been going door to door in the southeast Houston neighborhood, looking for any clues about the suspect.

Southeast officers are at a shooting scene, 11700 Segrest Dr. An adult female deceased at the scene. An adult male transported to an area hospital by HFD. #hounews CC7