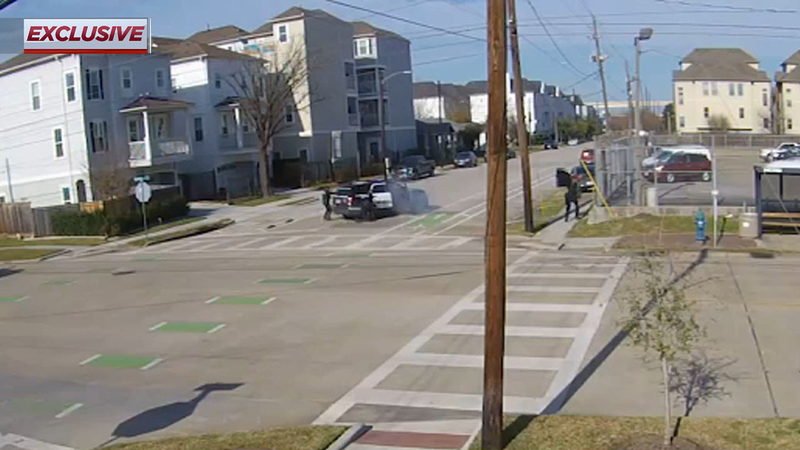 HOUSTON, Texas (KTRK) -- As details surrounding a chase and shootout that wounded three Houston police officers continue to emerge, we are learning more about 31-year-old Roland Caballero, the suspect accused in the incident,

According to records, Caballero recently had an open warrant issued out for him due to an unlawful carrying weapon charge and aggravated robbery with a deadly weapon. The warrant stemmed from a Dec. 28, 2021 robbery at an auto shop in Katy.

Additional records show offenses dating back as far as 2008, where Caballero was charged with deadly conduct.

During Thursday's events, Caballero was sought after he fled from police during a disturbance call in the 1500 block of Tralle Street. According to Houston Police Chief Troy Finner, Caballero led a police chase until he crashed out at McGowen Street and Hutchins, where he immediately began shooting at the officers as they arrived.


Officers managed to return fire at Caballero. Once he was out of the car, Caballero carjacked a white Mercedes Benz at gunpoint, Finner said.

That's when he led officers on another chase, which ended at a home in the 1800 block of Lockwood. Caballero barricaded himself in the home for hours, but was taken into custody at about 7 p.m., according to Finner.

Caballero was taken to the hospital after police said he suffered a gunshot wound to the neck.

On Friday, investigators examined the aftermath of the Lockwood home, which had busted windows and a large hole in the side, seemingly from officers' attempts to get to the suspect during the standoff.

At one point Friday morning, fire officials could be seen using tools to break open what appeared to be a gun safe. Investigators were bagging evidence at the scene.


At this time, police have not shared details on the charges he is facing.

HFD crews were seen using tools to cut open what appeared to be a gun safe at the home where the shooting suspect was barricaded for hours Thursday.