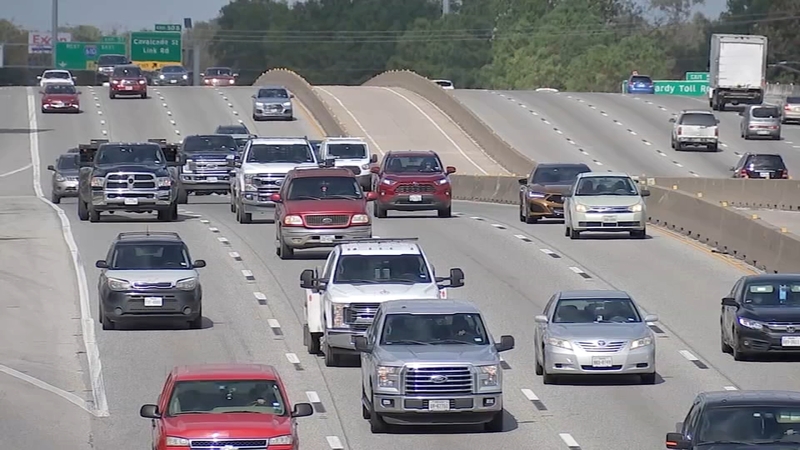 HOUSTON, Texas (KTRK) -- Road rage is a serious problem we talk about way too often. Children, including 9-year-old Ashanti Grant, who was shot in the head this week in her family's van, are among the recent victims.

At one time, you could hop behind the wheel, turn on your music and head to your destination without much worry. Now, some feel like their life is literally at risk.

SEE ALSO: Child shot in road rage incident when family was on the way to grocery store, police say

"The reckless driving and people cutting in and out," Laurie Easter said.

In a way, driving in Houston is like a dice game- you never know if, by chance, you'll come across a crazy driver.

"I see the guy get out and he gets out his gun. He untucks his shirt and goes like this. As soon as I see the gun and his hand in the air, I ducked, feared for my life, and just took a red light," a delivery driver told ABC13.

Even if you don't think you've done anything wrong, drivers we spoke with said they've seen it all.

"You cut someone off or somebody cuts you off, you're looking at people flicking you off, cussing you out, yelling at you, honking, for miles," Hossvina said.

We only found one person who doesn't think driving here is that bad.

"I've been to California. Chicago. New York. I lived there. Driving in Houston is way better than that," Sam Muhammed said.

There's never an excuse for violence, but some people believe they know what's contributing to drivers going over the edge.

"I think COVID-19 has changed a lot of the social contracts. I think people are just frustrated," Easter said.

"When you (have) all these issues with work, jobs, unemployment. I mean, things add up. You pile it up on top of each other and the outlet is the road. They just get mad on the road and there's nothing you can do about it," Hossvina said.