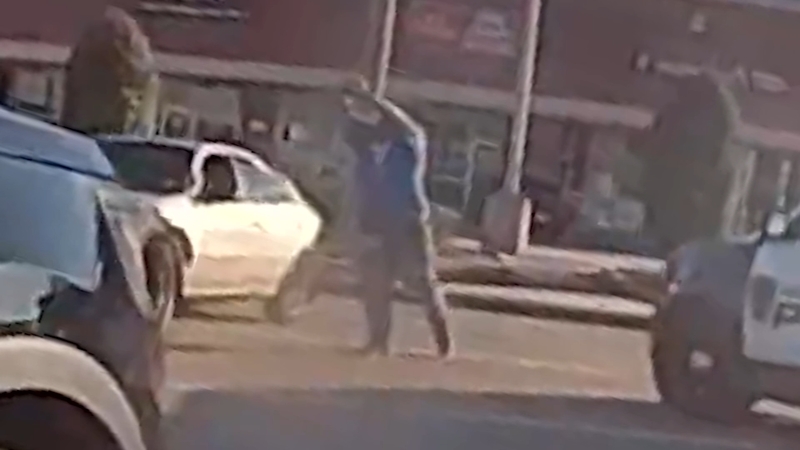 HOUSTON, Texas (KTRK) -- New video shows a Houston police officer's point of view before shooting an unarmed man in January. Arthur McShan was accused of robbing someone before leading officers on a chase that ended near Westheimer and Eldridge Parkway.

McShan is recovering in custody. He has a court date set for Monday. He's facing a felony connected to the chase. But, he is not charged with the robbery that triggered the violent chain of events that led to what McShan's family told ABC13 has been "a very trying time."

One of the videos the Houston Police Department released Friday night showed McShan with his hands together in the air before four officers and a sergeant opened fire on a busy stretch of Westheimer on Jan. 30. Bullets hit his body and shattered glass at businesses nearby.

"As the suspect got out of the car, officers discharged on the suspect," Houston police Chief Troy Finner said at the time.

Police originally said McShan fired first, but further investigation showed he did not have a weapon. Their report also said he got out of the car and extended his arms in what police called "a shooting position in the direction of officers," but body camera video shows the officer got out of the car and started shooting at McShan in less than five seconds.

A witness told ABC13 that he couldn't tell whether McShan had anything in his hands. The five law enforcement officers who believed McShan had a weapon have all been placed on administrative during the internal investigation. Police said they're still in the beginning phases.

McShan's family declined to give an interview before consulting with an attorney.