Houston-area restaurant broken into for the second time this year 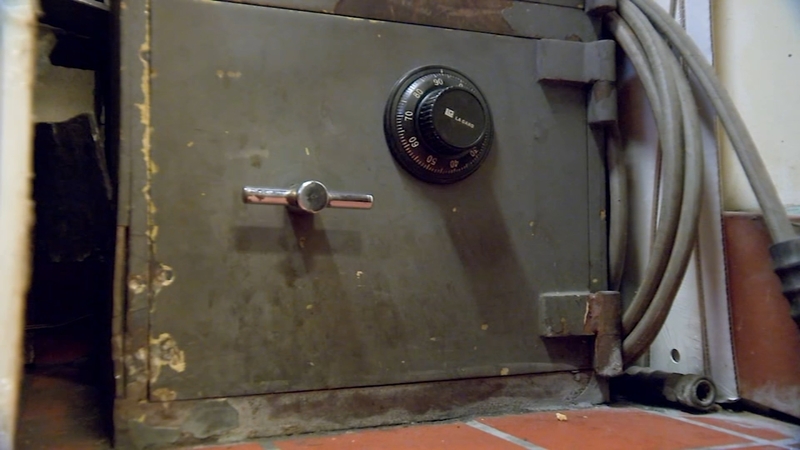 Thieves run off with holiday bonuses from Houston restaurant

HOUSTON, Texas (KTRK) -- About $2,500 in holiday catering tips was stolen from Gabby's BBQ in Garden Oaks Sunday morning by thieves who cut a hole in the safe.

Holly Waters, the owner of Gabby's BBQ, said someone broke the glass to their drive-thru window on the backside of the restaurant, crawled inside and slid across the floor to their office. She said the suspect cut a hole in the safe and took the money that was supposed to be given to employees the next day, as well as $1,700 in petty cash.

"It does seem like they knew exactly what they were doing to get in," Waters said. "They cut a solid square through and were able to pull out all the money."

The holiday season is the busiest time for the family-owned barbecue joint. Their staff was catering 10 to 12 meals a day last week.

Waters said they were really looking forward to giving their employees a reward for their hard work.

"I know they were really heartbroken when they found out. Even though, we told them no matter what we were going to make sure they still got their money," she said.

Waters' dad, who is the original owner of the restaurant, took a personal check to the bank on Monday to get cash to pay the employees, despite the burglary. Waters said her dad was followed home and his truck was broken into in his driveway. Fortunately, he did not leave the cash inside the vehicle.

"It's just a crazy chain of events where you don't feel like anything is safe right now," Waters said.

She said dealing with these sorts of issues is starting to feel like the norm. Since May, Gabby's BBQ has been broken into and had the catalytic converter stolen off their catering van three times.

"The last time, they stole it the day we brought it home from the repair shop," Waters recalled.

The day before the burglary at the barbecue restaurant, two other businesses about a mile away were also hit by thieves.

The door of Roast & Brew Cafe was broken and their register, iPads and laptops were taken about 6 a.m. on Dec. 18. About an hour later, Central City Co-Op's alarm went off and their shelves, filled with products, were damaged and their registers were cleared out.

"It does seem like the people who broke in are professionals and this is what their job is. So it wouldn't be surprising to me if they were related," Waters said.

Houston police said they believe two people were involved in the burglary, but they do not have a description.

The owners of Gabby's BBQ made a GoFundMe page and said all of the proceeds will go to their employees.