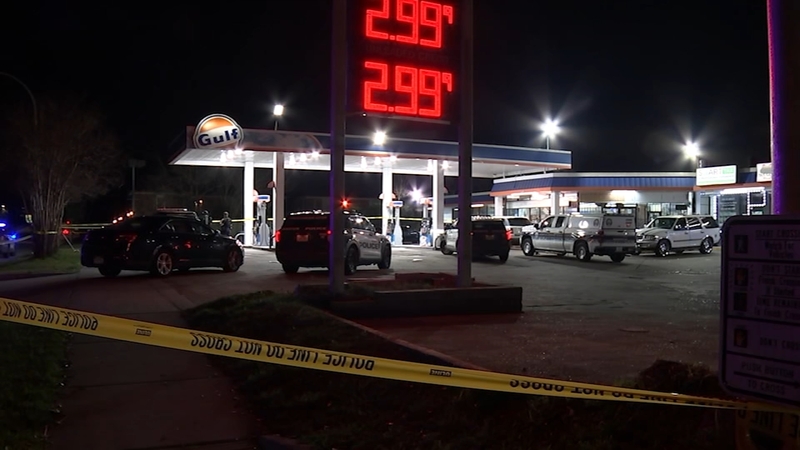 HOUSTON, Texas (KTRK) -- On the eve of another crime initiative announcement, Houston police are investigating a deadly shooting at a gas station in southeast Houston.

Monday's shooting happened in the 8900 block of Broadway Street. Police said they received a call at 4:35 p.m. from someone who stated a person had been shot at a nearby gas station.

When EMS arrived at the scene, the victim was found lying in the parking lot, and pronounced dead at the scene.

Police have not said what led up to the shooting or if anyone was detained.

It comes after a violent weekend and the day before Mayor Sylvester Turner and HPD Chief Troy Finner are set to announce the annual "March on Crime" initiative. Last year's focus was road rage, gun safety and aggravated assaults. So far this year, murder is up in Houston over the last two years with 84, according to HPD, compared to 66 in 2021 and 51 in 2020 during the same time period.