After Cavanna Smith's body was found, police found a pregnancy test in the suspect's apartment, with an ultrasound
KTRK
By Brooke Taylor 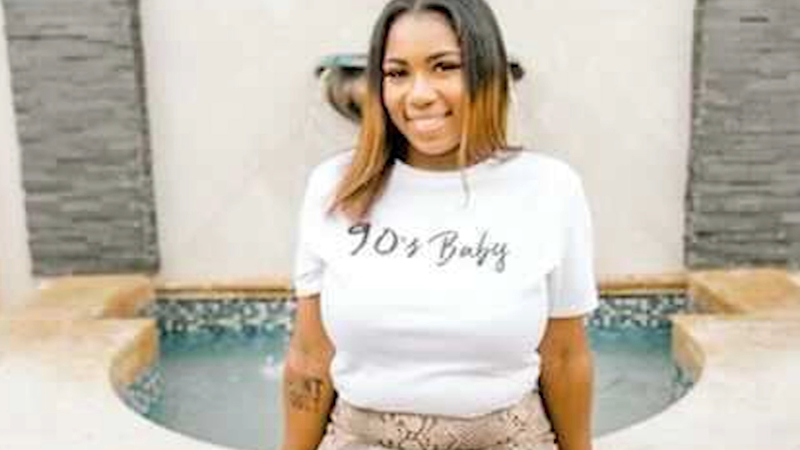 HOUSTON, Texas (KTRK) -- Houston police are searching for a man accused of killing a pregnant 25-year-old woman and leaving her body on the side of the road back in October.

ABC13 spoke exclusively with the family of 25-year-old Cavanna Smith, who said the murder happened the same day she showed an ultrasound to the man she was seeing.

Smith's body was found on Oct. 6, on the side of Reid Street and Irvington. Nearly one month later, Kwanmaine Travion Boyd was charged with capital murder. Now, there is a warrant out for his arrest.

"He shot her like she was a dog, and I wouldn't even do that to a dog," said Smith's sister, Brittany Wilson. "When you imagine someone would shoot a dog and just leave them like an animal, in the middle of the street."

Wilson said she went to an ultrasound appointment with her sister on Oct. 5, after finding out she was pregnant, the day before she was murdered.

While Wilson said her sister was nervous, she was also excited. Smith told Boyd she was pregnant, but he didn't take the news lightly.

"He was not happy and said he did not want any more children," Wilson said.

Smith went to see Boyd the next day to get the money he owed her. Her texts to her family reveal she feared something could happen.

"She said, 'I am going to get my money and if anything happens to me, this is where I am at,' and shared her location," Wilson recalled.

The same night, one of their other sisters received a chilling screenshot from Smith's best friend. The text sent from Smith, time-stamped at 6:45 p.m., read "I have been kidnapped, I'm in the back of Kwan's truck."

At the sight of that message, Smith's family immediately called 911. According to court records, during an investigation, a body was found on Reid Street, later identified as Smith.

Records show police found a positive pregnancy test in Boyd's apartment, with a note, and an ultrasound picture.

Smith was one of five children. Her mother described her as the life of the family with a big career ahead of her. She was an entrepreneur, and was going back to school to get her master's in criminal justice.

"She didn't deserve what happened to her," Smith's mom said. "My main concern is justice will be served. She was a young person and just only began to live her life."