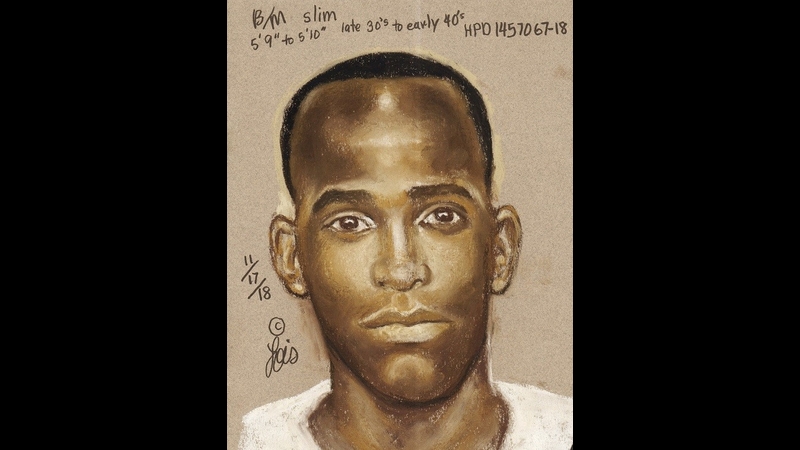 HOUSTON, Texas (KTRK) -- Police have released a sketch of a man in connection with a fatal stabbing that happened around 5 p.m. Saturday in the 9900 block of Almeda Genoa.

Two men got into an argument at a METRO bus stop, police say.

The injured man was found underneath the bench at the bus stop. A witness called 911. The victim was transported to Memorial Hermann Southeast Hospital where he was pronounced dead.

The identity of the victim, 26, is pending verification by the Harris County Institute of Forensic Sciences.

According to authorities, the man is described as a black man in his late 30s to early 40s who is about 5 feet 10 inches tall, with a slim build and short black hair. He was wearing a white T-shirt and blue jeans.

Officials are asking anyone with information to contact the Houston Police Department Major Assaults and Family Violence Division at 713-308-8800 or Crime Stoppers at 713-222-TIPS.