Houston man sentenced to life in prison for 2018 stabbing deaths of wife and contractor, DA says

Brian Bullock, was out on bail in 2018 for a previous attack on his estranged wife when he stabbed her, according to the DA.
KTRK 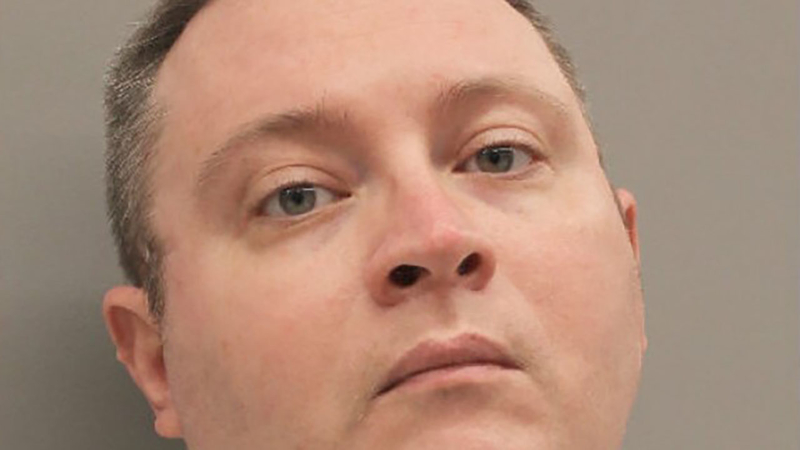 HOUSTON, Texas (KTRK) -- A 37-year-old man was sentenced to life in prison for the 2018 stabbing deaths of his estranged wife and a contractor, according to the Harris County District Attorney's Office.

Brian Bullock was convicted of capital murder and sentenced to life in prison for the crimes that took place while he was out on bail for previously attacking his estranged wife, Michelle Bullock.

According to Harris County homicide detectives, Michelle Bullock had a protective order filed against Brian Bullock as there was a history of domestic violence in their relationship.

"She was trying to get away from her abuser, and had even moved away and tried to hide, when he tracked her down and viciously attacked her," Harris County District Attorney Kim Ogg said.

SEE ALSO: Man accused of stabbing his estranged wife and a man to death in NW Harris Co., authorities say

Prosecutors said in 2018, Brian Bullock used a SOG tactical knife to stab Michelle Bullock and Mark Kiel, who was installing floors in her home.

According to the Harris County District Attorney's Office, jurors rejected Brian Bullock's claims of self-defense. They said he testified that he had served in the Army and was trained to "locate, seek and destroy the enemy."

"He was losing control and power over her, and it finally got to the point that he decided if he couldn't have her, then no one would," said Assistant District Attorney Stephany Abner, who prosecuted the case with ADA Mary McFaden. "We can see from their communications that he completely unraveled."
Report a correction or typo
Related topics:
tomballcrimestranglingsentencingwoman killedman killedstabbingprison
Copyright © 2022 KTRK-TV. All Rights Reserved.
SENTENCING
Houston man seen in viral tiger video sentenced to 18 years for murder
LA serial killer who killed his Houston relatives is sentenced to life
19-year-old takes plea deal for assaulting deputy
Man sentenced to life in prison for killing ex-girlfriend in 2018
TOP STORIES
Active shooter at Texas elementary school is in custody, police say
Weather Alert Day: Storms move thru SE Texas bringing much needed rain
Missing Alvin ISD employee who 'had deep secrets' found safe
Hidalgo to release data on gun-related homicides ahead of NRA meeting
Ready to cast your ballot? 50 primary races headed to runoffs
Woman was drunk when pushing baby in stroller on highway, police say
Heard rests case at libel trial without calling Depp
Show More
Travis Scott faces new lawsuit, but it's unrelated to Astroworld Fest
Mom hears late son's heartbeat in 14-year-old boy for 1st time
Endangered sea turtle nest found on Galveston Island State Park
Young Thug rap lyrics used as alleged evidence in RICO indictment
Man found shot to death near homeless camp, HPD says
More TOP STORIES News