2 teens caught up in crimes, killed hours apart in Houston: 'These people are hurting' 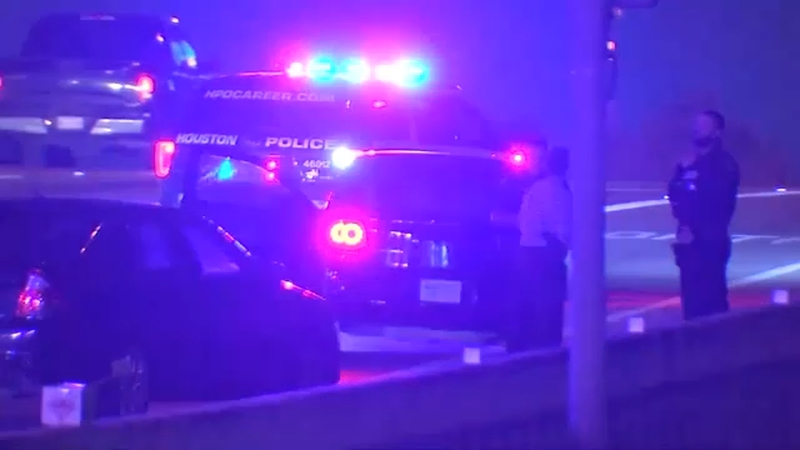 2 teens caught up in crimes, killed hours apart in Houston

HOUSTON, Texas (KTRK) -- Two shootings involving teenagers happened just hours apart in the city of Houston. Now, a 13-year-old and a 16-year-old are dead, and police are trying to find their killers.

Both young victims were boys caught up in crimes involving gun violence. Investigators said one shooting was the result of a drug deal gone wrong. The youngest victim was killed behind the wheel. Police say the motive could be either road rage or gang activity.

Police responded to a crash and shooting just before 1 a.m. Thursday. The patient was 13 years old. Police said the 13-year-old was driving down the North Loop near Irvington with two other juveniles in the car. It's still not clear what led up to the shooting.

"Most of the shots were targeted on the passenger's side. Whoever the driver of the vehicle that was shot, which was a male juvenile, was struck in the back with one of the bullets," Lt. Ignacio Izaguirre said.

The bullets reportedly came from a black SUV. Investigators have not released any suspect information or identified the teenager, who died at a hospital.

SEE ALSO: 13-year-old shot and killed while driving on the I-610 North Loop

Seven hours earlier, at a scene about 30 minutes away, someone shot and killed 16-year-old Joshua Pedraza outside of a convenience store near Acres Homes.

"This is the last spot he got shot at. He laid down right here. That's why they put that 'Rest in peace, youngin,'" Joshua's cousin, Leonardo Guardiola said.

Investigators said a drug deal turned into a robbery, which led to the shooting. Police are looking for two teenagers, but so far no one has been arrested.

"Y'all are bold enough to come out here and kill somebody, but you're cowards. Go somewhere and hide. Stand here. Face this family. These people are hurting. You took this woman's only child," Alma Thompson, who grew up nearby, said.

Pedraza's family described him as a gamer and a foodie. If you can help investigators catch the killers in either case, you're asked to call Crime Stoppers at 713-222-TIPS.