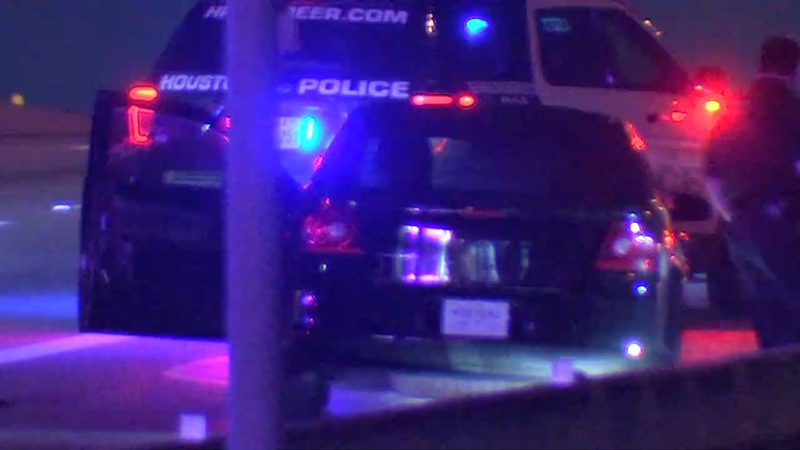 HOUSTON, Texas (KTRK) -- An investigation is underway after a 13-year-old driver was shot and killed and a 13-year-old passenger was injured on the North Loop early Thursday morning.

The shooting happened on the I-610 North Loop westbound lanes between Irvington and Fulton just before 1 a.m.

Houston police said two 13-year-old boys and another juvenile were in a vehicle when someone in a black SUV fired shots at them.

North officers are on a shooting at 1500 North Loop. One patient was transported to an area hospital. #hounews CC9

The teen driver was shot and transported to the hospital, where he was later pronounced dead. The 13-year-old passenger, who was also shot, was taken to the hospital in stable condition.

Police said the third juvenile in the vehicle was not injured.

The shooting could have been road rage or possibly gang-related, investigators believe.

One of the teens told police the shooter was in a black Chevrolet Tahoe, according to HPD. That's the only description police had.

"Most of the shots were targeted on the passenger side, however, the driver of the vehicle that was shot - a male juvenile - was struck in the back by one of the bullets," Lt. Ignacio Izaguirre said.

Police interviewed the passenger, though the lieutenant said he hadn't been very cooperative with investigators and was struggling to give a description of what he saw.

Investigators shut down all lanes of the North Loop for hours as they collected evidence in the shooting. The freeway has since reopened.

NOTE: HPD initially reported that the teens were 16 years old, and only one teen was shot. Officials have since provided the update that the teens were both 13 years old, and one was fatally shot, while the other was shot and transported to the hospital in stable condition. Police also originally described the suspect vehicle as a Dodge suburban, but later reported that witnesses described the suspect vehicle as a Chevrolet Tahoe.