UH Cougars have highest rank since Phi Slama Jama's No. 2 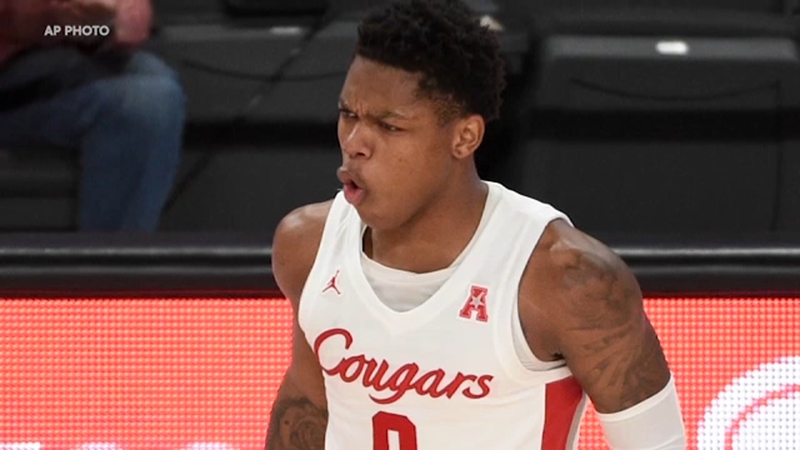 UH Coogs has highest rank since Phi Slama Jama's No. 2

HOUSTON, Texas (KTRK) -- The University of Houston Cougars are now among the top five men's basketball teams in the country, notching their highest ranking in 37 years.

On Monday, UH climbed one spot to No. 5 in the Associated Press Top 25 poll. The team was helped by two wins last week by 20 or more points, as well as the previously fifth-ranked Texas Longhorns' one-point loss last week against Oklahoma.

Only Gonzaga, Baylor, Villanova and Michigan are ranked better this week than 15-1 Houston.

On Sunday, the Cougars won another convincing game in their schedule, this time against SMU. Marcus Sasser, who, along with Quentin Grimes, has led UH to the No. 5 ranking, scored a game-high 19 in the 70-48 win over the Mustangs.

Houston has just one game in the upcoming week: a road matchup against East Carolina, the last place team in the American Athletic Conference.

The eight remaining games in the Coogs' schedule include two matchups against Memphis and a test against the second-best team in the conference, Wichita State.

What to know about the renowned Phi Slama Jama teams

And history suggests a No. 5 rank would typically put Houston in position for a top-two seed in the NCAA tournament in March.