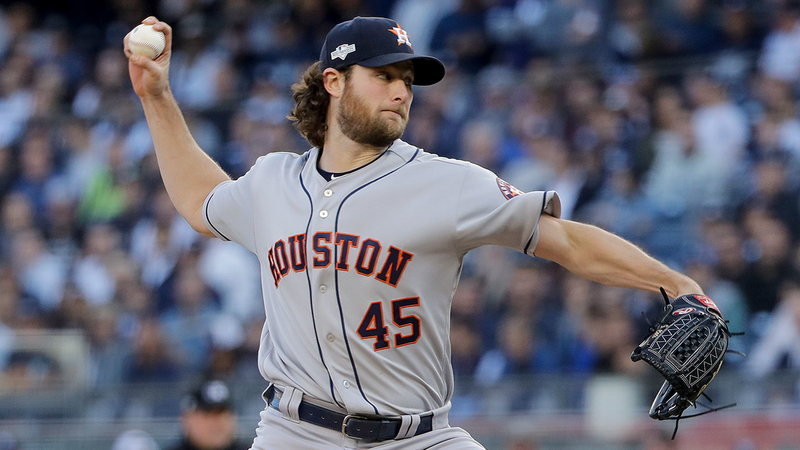 Not every New York Yankee has railed on the Houston Astros in the wake of the sign-stealing scandal.

In an interview with USA Today, former 'Stros pitcher Gerrit Cole, who signed a record $324 million free agent deal to play in the Bronx, said the team "played fair and square" over the last two seasons, despite almost the entire rest of the Yankees roster accusing his former team otherwise.

"I'm going to miss those guys. They're under scrutiny right now. So many people are coming after them," Cole told USA Today's Bob Nightengale. "I anticipate them bunkering down. I think they are going to play really hard, and really well this year. Hopefully if they do that, maybe they can quiet it down a little bit, proving this will be a fresh slate for them."

Of the sign-stealing accusations after the 2017 World Series-winning season, Cole said, "But I'm telling you, we played fair and square last year. I didn't see anything in 2018 either. I really didn't. But no one wants to hear it now.''

Cole acknowledged his new teammates maintain the Astros continued cheating, including in this past season when the Yankees were knocked out in the AL Championship Series.

"Everybody is entitled to their opinion,'' he said. "It's their own opinion. People handle this the way they want to handle it. We're all grown guys around here. I'm certainly not going to tell somebody how to think. I'm personally not offended about it. But I'm not sure that forgiveness is something that some people will even want to talk about right now.''

As expected, Jose Altuve was booed, but the video above also shows when he was hit during his at-bat.

Cole moreover expressed regret over not winning a World Series after eliminating the Yankees last year. The biggest free agent of the offseason lost Game 1 of the series against the Nationals before rebounding with a Game 5 victory to put Houston on the brink of the title.

Cole memorably was considered to pitch from the bullpen in the deciding Game 7 but never entered the game. He addressed what happened in the USA Today story:

"We talked beforehand about what I could do,'' Cole said. "I reconvened with [former manager A.J. Hinch] and said, 'Look, you got to put me in position to succeed here. I certainly don't want to pitch if we're way behind obviously. But I want to start an inning, and for it to be a tie game or maybe a lead.'

"I had never relieved before so I don't think the first time should be the seventh inning in a jam. And he agreed. We had enough people fresh to get out of those spots. He said, 'I'll just bring you in if we're tied or have the lead to finish it out' ...

"It just slipped away from us, man."

Cole was acquired by the Astros in a trade before the 2018 season. The new Yankee made his spring training debut on Monday, striking out two batters.