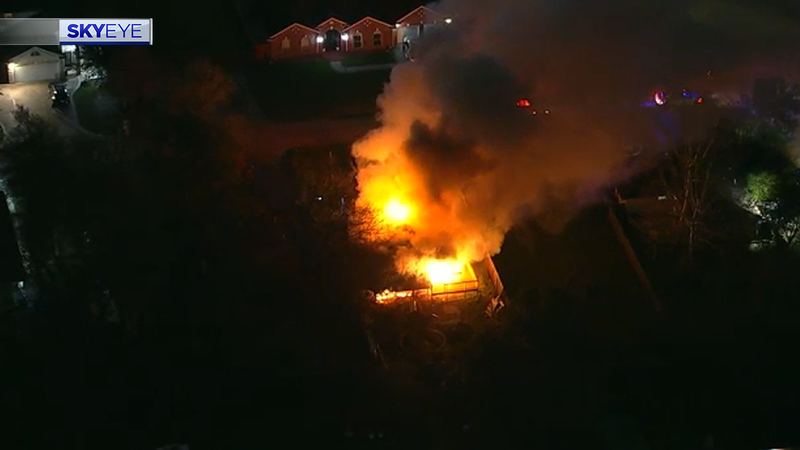 SOUTH HOUSTON, Texas (KTRK) -- Firefighters put out a large fire that engulfed a home in the city of South Houston Wednesday morning.

Pasadena firefighters were called to assist the city of South Houston's first responders around 6:15 a.m.

Upon arrival, firefighters found a home on 916 Arkansas Street near Genoa completely engulfed in flames.

SkyEye flew over the scene, capturing video of firefighters' efforts to put out the fire.

According to Chief Fire Marshal of the city of Pasadena, David Brannon, the home is under construction and no one was home at the time of the fire. No injuries were reported.

He said the first call to 911 didn't come in until the fire was well underway. By the time firefighters arrived, the home was up in flames.

The contractor still has possession, and the home had yet to be transferred to the homeowner, Brannon said.