The children's sixth sibling and their mother survived the blaze

EDNA, TX (KTRK) -- Five children have been killed in a house fire in the town of Edna, officials confirm to ABC-13.

The fire broke out around 5am Tuesday morning in the 300 block of Rowlett. Edna is located about an hour and a half southwest of Houston of Highway 59.

When firefighters arrived, they found a 60-70 foot long trailer home fully engulfed in flames. A 32-year-old woman and a 30-year-old man were both outside of the home. The woman was rushed to Victoria's Citizens hospital with a severe cut. The man was not injured.

More than 100 people poured onto the street in front of the family's burnt home for a vigil on Tuesday night. 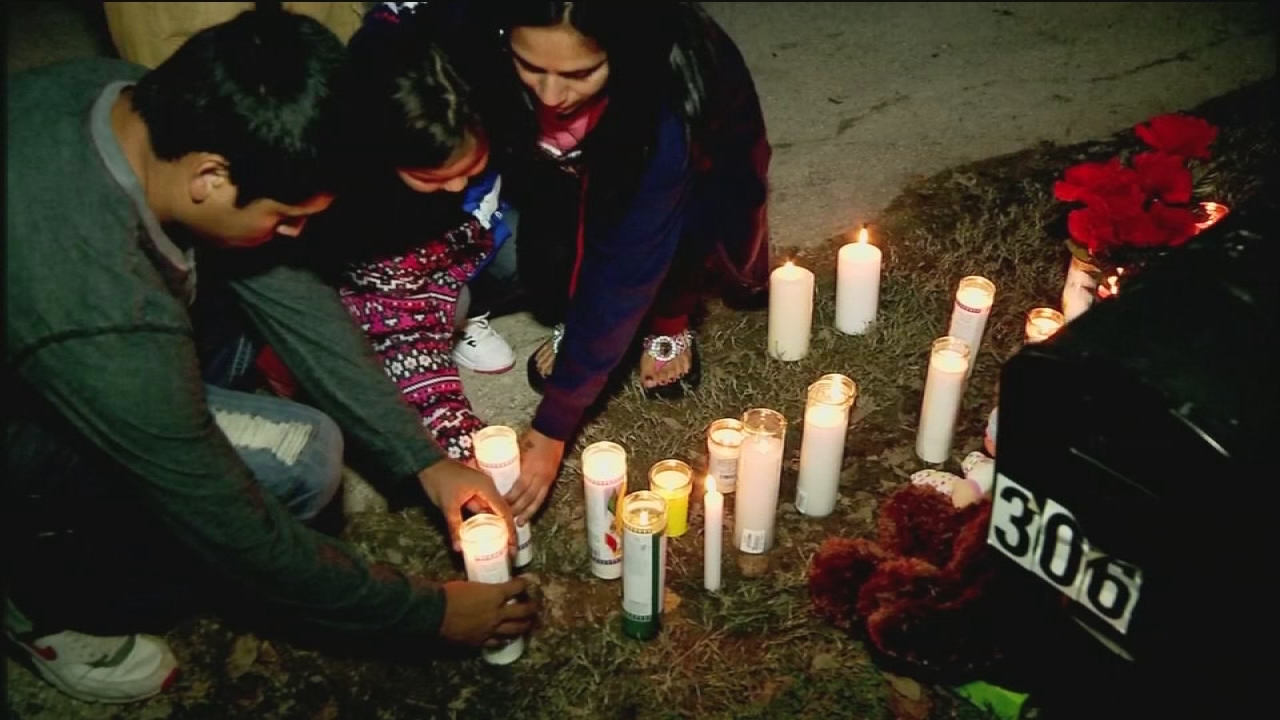 "Us being a small community that we are, it has just devastated everybody," said Marcy Davis of the tragedy.

Neighbors, friends and relatives were among those attending the vigil.

"I'm a mom," said Mandy Vickery. "I can't imagine. To me, no parent should bury their children."

Firefighters say it appears the blaze started in the kitchen area, but they do not have an exact cause.

Between sobs, relative Virginia Flores appealed to those around her. "Please everyone, just please pray for the family."

A GoFundMe site has been set up for the family. If you'd like to contribute, here is the link.

1st of 5 husbands of Chambers Co. murder suspect speaks only to ABC13