George Pickering has been charged with aggravated assault with a deadly weapon.

TOMBALL, TX -- A father who became distraught over his son's condition at a southeast Texas hospital and caused a standoff did have a gun and pointed it at a nurse, a police spokesman said Sunday.

George Pickering has been charged with aggravated assault with a deadly weapon, Tomball police Sgt. Gary Hammond said. Earlier reports from authorities said Pickering, 59, did not have a gun.

No injuries were reported in the standoff, which lasted about four hours.

Hammond said Pickering pointed a 9 mm pistol at the nurse Saturday night in his son's critical care room at Tomball Regional Medical Center, about 30 miles northwest of Houston. When pulling the gun, Pickering told those in the room, "I'll kill all of y'all," according to Hammond.

Another son struggled with Pickering and got the gun from him, Hammond said. That son eventually turned the pistol over to police.

According to Hammond, Pickering then said, "You don't think that's the only weapon I have." However, he was not found to have any more weapons at the hospital, the sergeant said.

Pickering surrendered without incident about 11 p.m. after more than a dozen SWAT officers and the Harris County Sheriff's Department negotiating team reported to the hospital.

Hammond said Pickering, who is from Pinehurst about 5 miles north of Tomball, became ill during the standoff and received treatment overnight. He was still in the hospital Sunday afternoon, Hammond said.

Pickering does not have an attorney yet. He has not been arraigned but the arrest warrant for him listed a $30,000 bond, Hammond said. 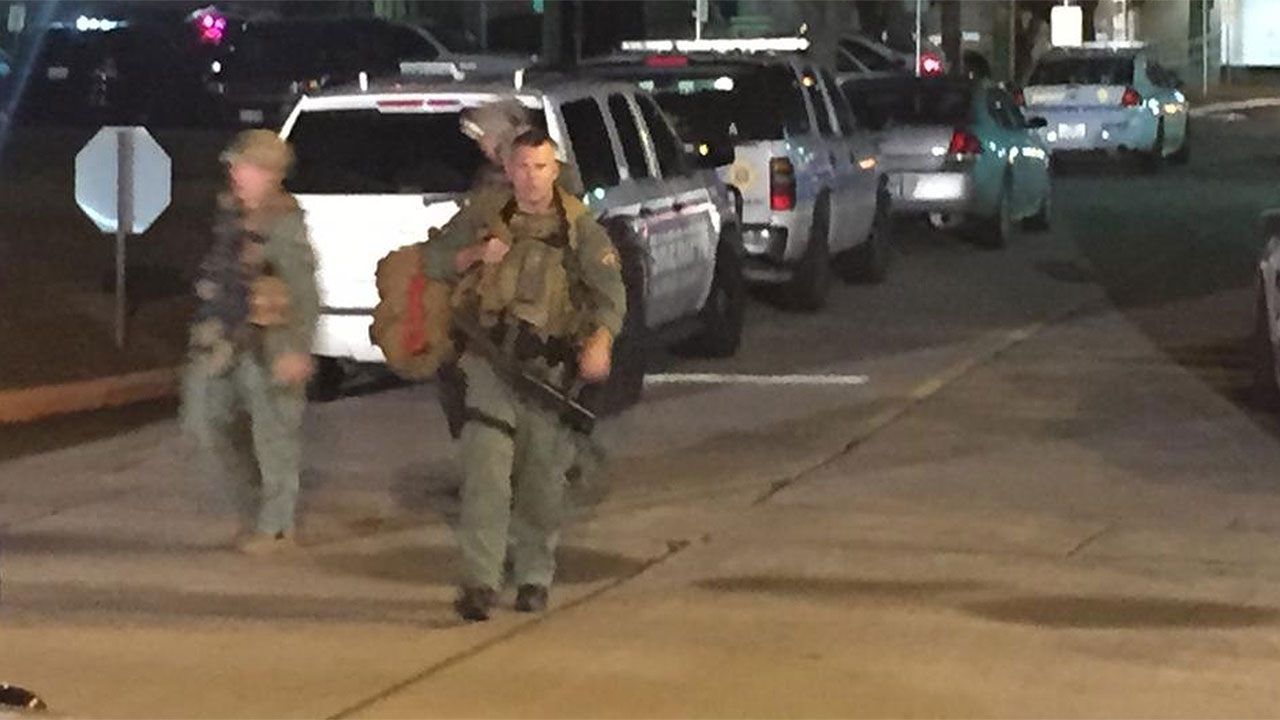