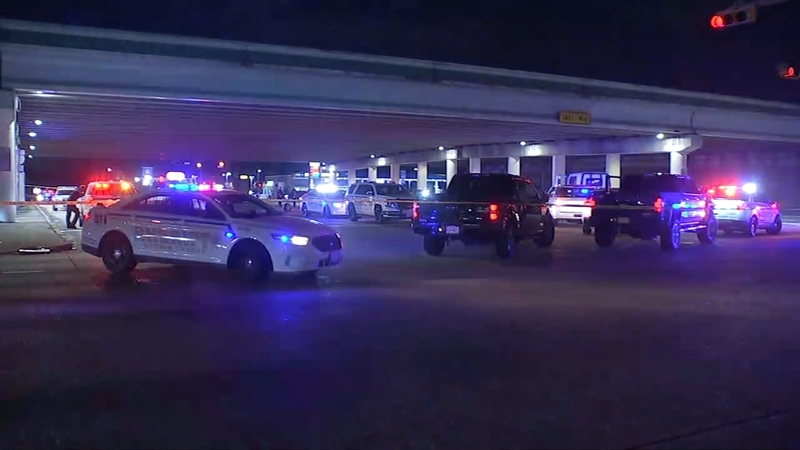 HOUSTON, Texas (KTRK) -- Deputies are looking for the driver involved in a fatal crash involving a pedestrian in north Houston early Sunday.

It happened around 1 a.m. on Airtex Boulevard at the North Freeway.

The driver was westbound on Airtex when they hit a woman who had just crossed the freeway when it happened, according to the Harris County Sheriff's Office.

The vehicle involved, believed to be an older model gray four-door sedan, took off after hitting the woman.

There was no word on the driver's description, but detectives were sorting through multiple witness accounts in hopes of finding them.