'Call police, not the principal': Former prosecutor gives message to parents in wake of HISD arrests 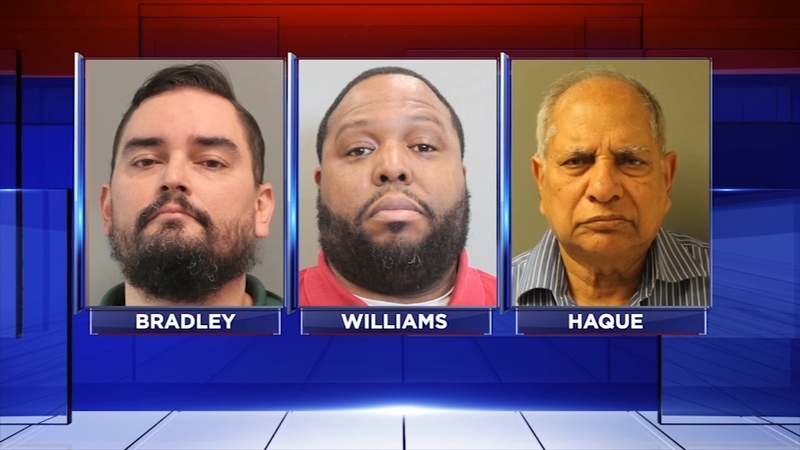 HOUSTON, Texas (KTRK) -- With three HISD teachers charged with indecency with a child over the last two weeks, a former Harris County prosecutor has advice to parents who believe their children may have been victimized: do not contact the school's principal.

Instead, Ann Johnson, who is an expert in child abuse prosecutions, says it's crucial parents report suspected cases of abuse to CPS or local law enforcement.

"It's state law, you need to report suspected cases of abuse to CPS and law enforcement," said Johnson. "Don't go to the principal first, report it to police or sheriff first."

The advice is being offered as one of the accused teachers, James Alan Bradley, made his initial appearance in a Houston courtroom.

According to HISD, Bradley, 39, who had been with the school district since 2006, was accused of inappropriately touching a kindergarten student at Foster Elementary School in January 2019. It wasn't until Monday that Bradley was arrested.

HISD added Bradley had been re-assigned to home duty following the time of the alleged act, but was later sent to teach at Lockhart Elementary for the following school year after "an internal investigation was unable to substantiate the allegations."

A review by HISD police prompted the case to be looked at by the district attorney's office, leading to the arrest.

A judge set bond conditions for Bradley, who was released earlier this week on $30,000 bond. He will be allowed to attend church, Garza said. He's due back in court April 23.

Two other teachers similarly face the same indecency with a child charge. Qamrul Haque, 74, was arrested Tuesday, accused of groping a 9-year-old girl while working as a substitute teacher at Cunningham Elementary.

Raymon Williams, 46, was arrested Sunday for alleged inappropriate touching of a student while working at Kashmere Gardens Elementary.

Though all three cases are separate, HISD stated the cases were alleged to have taken place in January 2019.

Three HISD teachers have been charged with touching children in the last week.