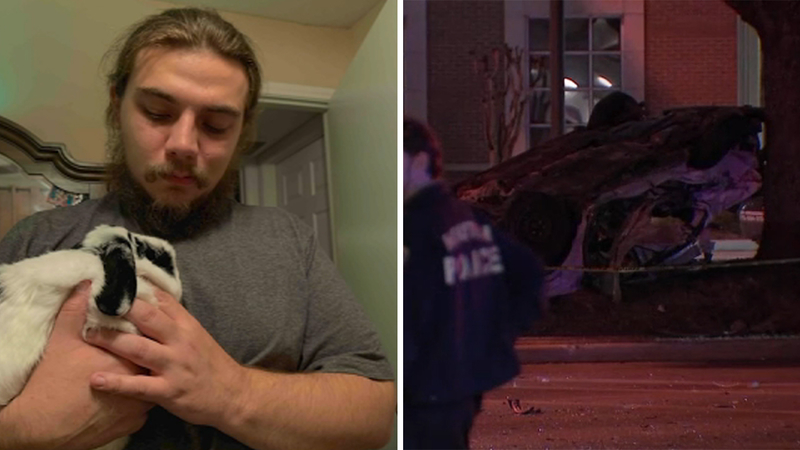 HOUSTON, Texas (KTRK) -- Last week, two people were killed in a horrific crash along Highway 290, and police said the only person to survive the accident was to blame.

A man and a woman died in the crash because a driver ran a red light, according to Houston police.

At this point, the driver has not been charged. ABC13 reporter Courtney Fischer checked with the district attorney's office on Thursday, who said the investigation is ongoing.

The mother of the man killed identified her son as 25-year-old Adam Philips. He was a chef at a restaurant in CityCentre.

His mother said he was just starting to make a name for himself in the culinary industry, which is known to be tight-knit. His sudden death has shaken a lot of people in the business.

The driver killed was a 25-year-old chef, his mother told ABC13. The woman killed is a new mother, and her husband was the driver who ran the red light, officials said.

Sherry Philips, Adam's mother, said friends and family are gathering to celebrate Adam's life this Sunday at the Brash Brewery in The Heights. The celebration is open to all.

Adam was killed while he was driving home from a late shift at the restaurant.

Police said as he was approaching the Hollister intersection along the Northwest Freeway, a pickup truck ran the red light on the feeder and slammed into Adam's Honda Civic.

Sherry said he was just a couple blocks away from his apartment at the time of the wreck.

The other woman killed in the crash was a new mom, 23-year-old Cindy Vazquez.

She was the passenger in the pickup, and her family said it was her husband who was driving. He survived and wasn't hurt.

Police said the driver admitted to running the red light at the intersection.