HOUSTON, Texas (KTRK) -- Houstonians paid to train and equip firefighter Adam Lopez, but just four years after starting with the Houston Fire Department, he left. Lopez is now a firefighter in Sugar Land, taking fewer calls but making more money and far removed from the politics of a department most recently used to turmoil.

Lopez, who graduated from the HFD training academy in 2015, says Houston was where he always wanted to work as a firefighter.

"The pride, the ownership, I mean everybody knew Houston," Lopez told 13 Investigates. "The knowledge you can gain there is very great but as a long-term career at this point, the way things are going, it's just not going to happen."

His departure is just one of many and part of a costly and damaging trend. HFD has a problem keeping firefighters like Lopez.

In 2019, nearly 70 percent of the 157 firefighters who left the department did not have enough experience to qualify for retirement. In 2013, that number was just 16 percent. 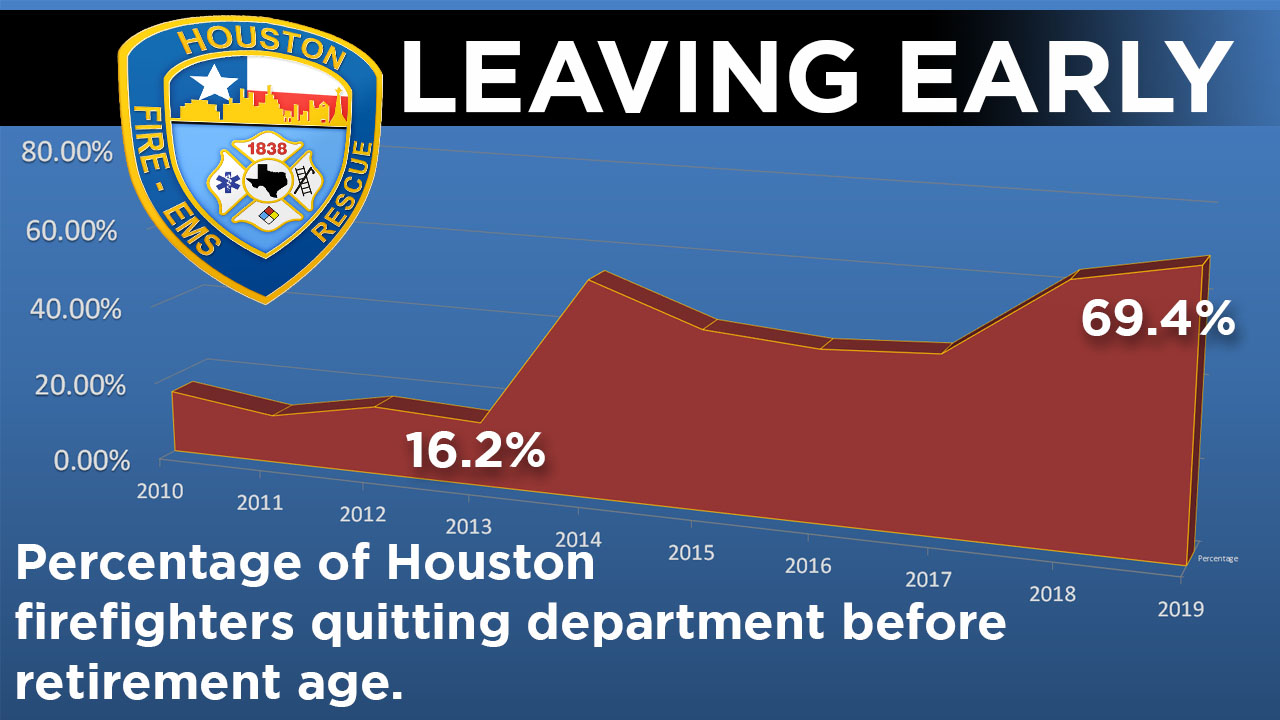 Last year, the average length of service was just 11 years for firefighters who left HFD. In 2013, the average was nearly 27 years.

Houston Fire Chief Sam Pena tells 13 Investigates he hopes to keep all firefighters until retirement age and certainly more than the five years Lopez put in.

Already in 2020, the department admits 35 Houston firefighters have already left HFD. It is more than one every business day. If that rate holds, it will far exceed the department's expected attrition of 155.

When it comes to replacing departed firefighters, the city isn't having much luck. This fiscal year, the city will lose at least 155 firefighters -- the official number already stands at 135. The academy will only graduate 16 cadets to move to actual fire stations. It's a loss of at least 139 firefighters.

There are currently 100 more cadets in training at the academy. History would show some of those will drop out before graduation. None of the 100 are expected to graduate before the end of this current fiscal year on June 30. 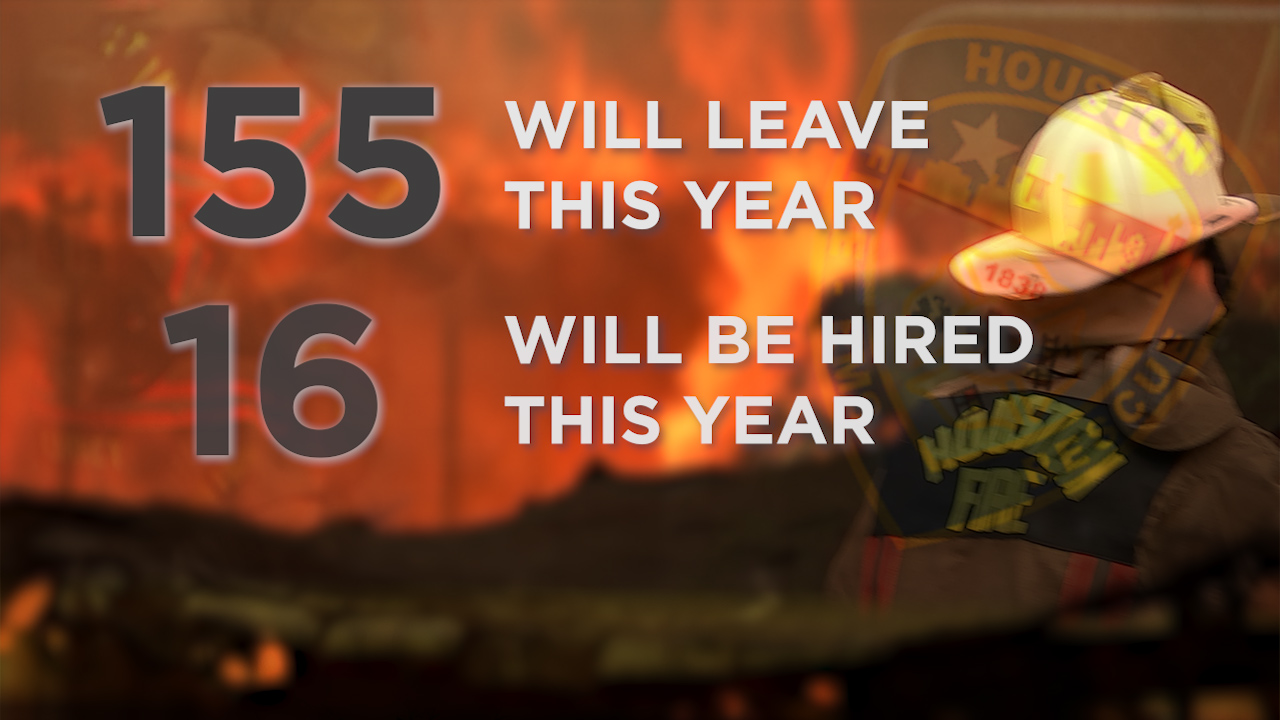 The departures are no secret to the department.

"Firefighters are reasonable individuals, right? They need to get paid. They need to feed their families and they're going to make whatever decision is best for them," Pena told 13 Investigates.

He blames much of the departures on what he labels the firefighter union's reluctance to get back to the negotiation table.

"There's no secret that we are not competitive in wages at this point and that's going to happen every year that the association doesn't accept pay raises," Pena said.

On Friday, the Mayor's office announced a raise for fire cadets from $28,023 to $36,000. It is a big bump for cadets, but means nothing for actual Houston firefighters who haven't received a pay raise since 2013.

13 Investigates why record numbers of Houston firefighters are leaving the department and what it's costing you.

As of today, the city and union remain locked in court battles. No new negotiations are scheduled. An internal HFD report says, "Labor/management disputes and the resulting graduation postponement with possibilities of layoffs and demotions may have a negative impact to HFD for years to come."

When pressed about opening negotiations union President Lancton shot back, "The fire chief knows the truth and the fire chief should start telling the truth. And that is the truth is the city is the ones that have sued the Houston firefighters. It is their lawsuit in the court of appeals. It is their decision to deny arbitration."

Pena denies the departures are having an unbudgeted financial impact, but overtime data obtained by 13 Investigates shows an estimated 20 percent increase in firefighter overtime this year and that's costing Houston taxpayers millions.

The effect on HFD morale is harder to quantify, but could be just as costly. As the department struggles to hire new cadets, firefighters are individually negotiating with other departments, taking the training and experience Houstonians paid for to help other cities.

Adam Lopez summed up his departure saying, "I think Houston is turned into a good stepping stone."