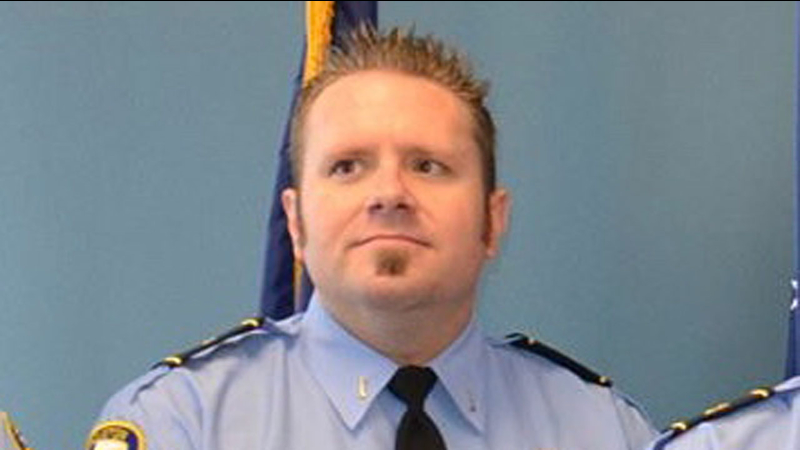 HOUSTON, Texas (KTRK) -- A captain with the Houston Fire Department is accused of possessing graphic photos and videos of girls as young as a year old in sexual situations.

Ryan William Steckler, 36, is charged with 10 counts of possession of child pornography. On Friday night, he was scheduled to appear in court after his Friday afternoon arrest at his home in the Copperfield community in northwest Harris County.

The 14-year veteran of HFD and father of a little girl faces disturbing allegations.

During a search of Steckler's house Thursday, police say they found a hard drive with seven pornographic pictures and videos of girls, 10-12 years old, 5-6 years old and 1-2 years old.

The HFD paramedic is assigned to Station 30 on Irvington in northeast Houston. Chief Sam Pena told ABC13 Eyewitness News, "Ryan Steckler has been relieved from duty and is currently under administrative investigation following an arrest by the Houston police department. Steckler has been employed with the Houston Fire Department for 14 years."


In a statement, the Houston Professional Fire Fighters Association said, "We became aware of the allegations against the captain when the HPD SWAT team showed up at the fire station. Neither the captain nor the city has contacted us regarding the investigation or the criminal charges. If true, the allegations certainly are disturbing. We will continue to monitor the legal proceedings."

Neighbors told ABC13, Steckler was arrested by HPD SWAT officers as the mother of his daughter watched. Prosecutors are requesting he has no contact with children if he's able to make bond, which will be set during his Friday night court appearance.