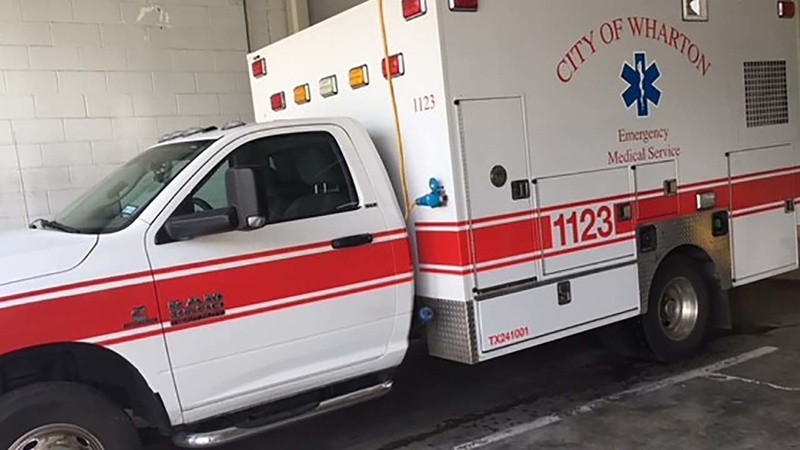 WHARTON, TX (KTRK) -- The only hospital in Wharton has stopped accepting patients by ambulance.

The Gulf Coast Medical Center is in the process of filing for Chapter 11 bankruptcy.

While the emergency room is open, officials say they are only taking walk-ins.

"Actually it makes it very stressful," said Wharton EMS supervisor Christy Gonzales. She is anxious because of the extra time it takes to get to the next closest emergency room.

Wharton Emergency Services Director John Kowalik says patients began being diverted six months ago. They're now sent to El Campo Memorial which is at least 20 minutes away, or Oak Bend Medical Center, which is at least 33 minutes away in Richmond. He calls that troubling --- especially when seconds count.

Kowalik said he is "extremely concerned." "What we are doing now is terrible for the citizens," he said.

This means more time on the road for the ambulances trying to get help for the 10,000 people who live nearby.

Kowalik sais since the hospital started diverting ambulances, turn around time for ambulances between calls has nearly tripled. Wharton has added EMS crews to compensate - costing taxpayers an additional $16,000 a month.

"It's not necessarily acceptable, but I don't know what other alternative we have right now," said Wharton Mayor Tim Barker.

A representative for Gulf Coast Medical Center says they are in the process of filing for Chapter 11. According to Chief Restructuring Officer Alan Tuft, it's a, "Slower process than anyone thought it was going to be."

Regarding the bankruptcy itself, he said, "to operate as a small, independent hospital is almost impossible."

It's worth noting that the group which currently owns Gulf Coast Medical Center has a history of financial trouble elsewhere.