How methamphetamine destroys your face and physical appearance 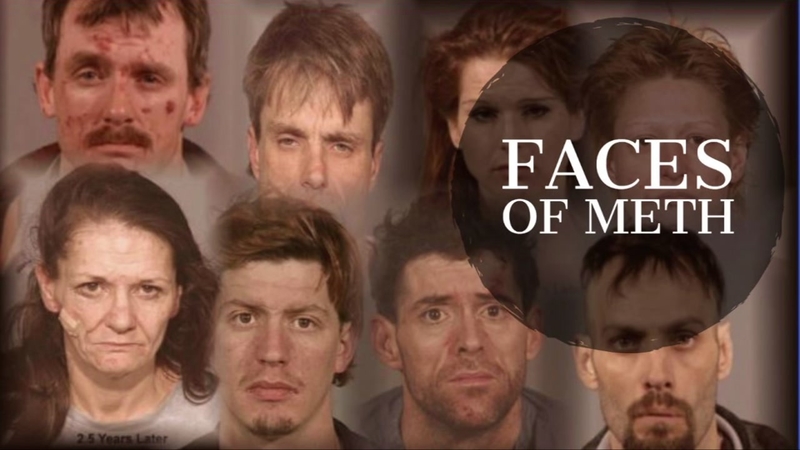 Before and after look at the effects of meth

In an effort to to promote awareness of the horrifying effects of methamphetamine abuse, the Multnomah County Sheriff's Office of Oregon have released the photos of repeat meth offenders to show the world how quickly the side-effects of meth use destroy the user's physical appearance. In a partnership with Faces of Meth, Multnomah Sheriffs believe the before and after photos of consistent meth abuse is shocking enough to dissuade people from using.

According to Rehabs.com, methamphetamine physically alters one's facial appearance through the physical and psychological side-effects. The illicit manufacture and use of methamphetamine has been on the rise since 1996, with more than 13 million people over the age of 12 having used methamphetamine in the U.S. 529,000 of those are regular users.

Skin
Even light methamphetamine use can cause widespread acne due to the drug's effects of dry skin and extreme itchiness. Coupled with the common sensory hallucination factor of 'bugs crawling beneath the skin,' this often promotes obsessive scratching, picking, and resulting in many small sores and facial scarring. The pale skin color can be explained by physical stress and frequent illnesses common of a meth addict, which is caused by the drug weakening the immune system. Smoking of any type of drug actually cures the skin, just like leather, causing skin to wrinkle and gain a rough, coriaceous texture.

Facial Musculature
Because methamphetamine, like cigarettes, suppresses appetite, it can lead to undernourishment for long periods of time. Eventually, when weight loss has become dramatic, the body begins to consume muscle tissue and facial fat, giving meth users a gaunt, skeletal appearance.

"Meth Mouth"
Meth addicts will often lose their teeth abnormally quickly, regardless of how they administer the drug, though most severe in those that inject the drug. According to the American Dental Association, meth mouth is probably caused by a combination of the drug's effects, both physical and psychological. Addicts will often experience xerostomia (dry mouth), extended periods of poor oral hygiene, and bruxism (teeth grinding) which when combined together, can lead to tooth decay.

Advanced Aging
With the combination of skin issues, facial muscle loss, hygiene neglect, and oral decay, a meth addict's estimated age can appear far more exaggerated. A general theory suggests that because the immune system is in constant battle with drug toxins infiltrating the bodily systems, prolonged use can weaken the immune system to the point of making it very ineffective against illness and injury. When a body system is consistently distressed, and barely able to heal itself, premature aging sets in as the total viable lifetime drops.

Another factor to consider in the degradation of a meth addict's appearance is the fact that many users also heavily abuse alcohol and tobacco. This further increases the level of toxins and the premature aging side-effects, escalating the aging process even more rapidly.

Meth users should not wait to seek treatment

While many physical symptoms can be reversed with proper treatment, the advanced aging effects and tooth decay are difficult to reverse, and the damage often permanent. Furthermore, methamphetamine use can cause psychosis, or psychotic behavior, in which users lose contact with reality and experience strong delusions, paranoia, hallucinations and obsessive behavior that prevents them from truly realizing the damage they are doing to themselves. It is imperative that the addict reach out and find help immediately, or suffer these physical and psychological effects, and other commons symptoms such as destroyed relationships, financial destitution and criminal charges.

If you or a loved one suffers from a methamphetamine addiction, or if you'd like to learn more, please check out the following websites for aid on getting recovery assistance.