J.R. Atkins says he was just trying to help his neighbors during Harvey. Then he contracted flesh-eating bacteria.

MISSOURI CITY, Texas (KTRK) -- A Missouri City man says he contracted flesh-eating bacteria right in his own neighborhood as he was trying to help his neighbors during Hurricane Harvey.

GRAPHIC VIDEO + PHOTO WARNING: Images in this report are not suitable for sensitive audiences.

With flood waters still rising and a mandatory evacuation in effect, J.R. Atkins hopped into a kayak to check on elderly neighbors who were staying behind during the emergency.

"A day or two before, it was going to be at critical mass," Atkins said.

Only later did he realize his arm was swelling up.

What started as a mosquito bite on his arm during the flood landed him in the ER before a stay in intensive care.

When he got there, he was quickly diagnosed with flesh-eating bacteria, and it was advancing so rapidly his heart rate was quickly dropping to critical levels.

"That was when I got concerned," Atkins said.

Doctors stabilized Atkins and put him on at least four antibiotics, but he had to endure three surgeries to relieve pressure in his arm and debride the wound.

Atkins, a former paramedic, has medical knowledge which led to both calm and concern.

"Once I got past the 'imminent death,' that wasn't...it wasn't as scary after that," he said.

Harris County Public Health officials said this sort of infection is rare, typically only seen in those with compromised immune systems. But they have seen an uptick since the flood in people with skin gastro-intestinal and respiratory infections.

Just because the water is gone doesn't mean the threat is completely, says Dr. Umair Shah.

The bacteria can still be present on anything the floodwaters touched, Shah said.

Meantime, researchers with the Houston Methodist Research Institute are studying group A strep infections that can lead to this flesh-eating disease.

They've identified a critical target which they hope can help reduce the severity of infections or clear them up more quickly.

That development could save countless lives and decrease the amount of suffering for so many who otherwise must deal with this silent disease.

One thing public health officials said should be clear: You should throw out anything that can't be disinfected. It's not worth the risk of infection, which apparently can still occur even though the waters are gone.

By the way, Atkins says if there is another flood, he would go back out and try to help his neighbors again, even though he knows he could put himself at risk.

GRAPHIC PHOTOS BELOW: Images in this report are not suitable for sensitive audiences. 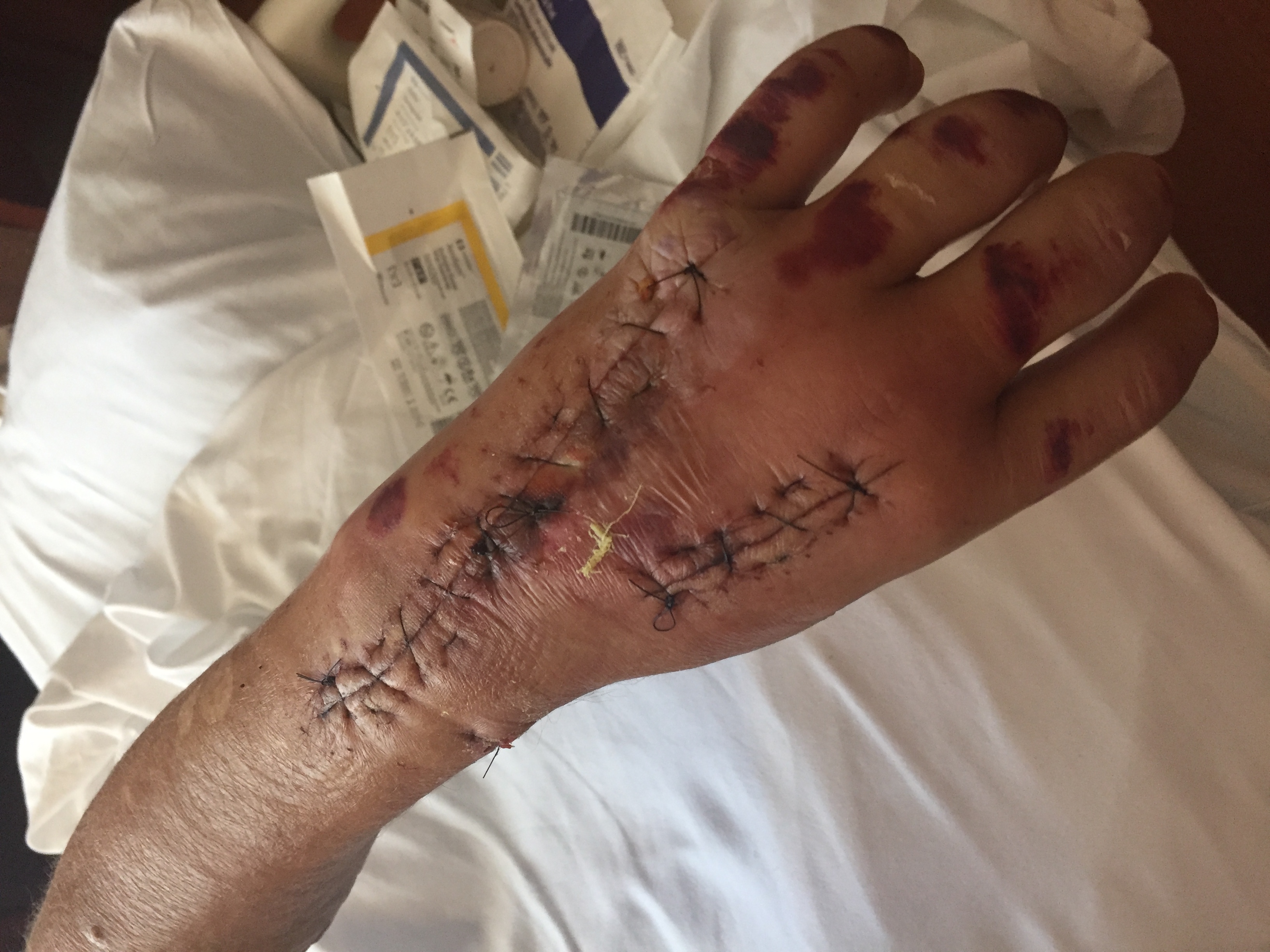 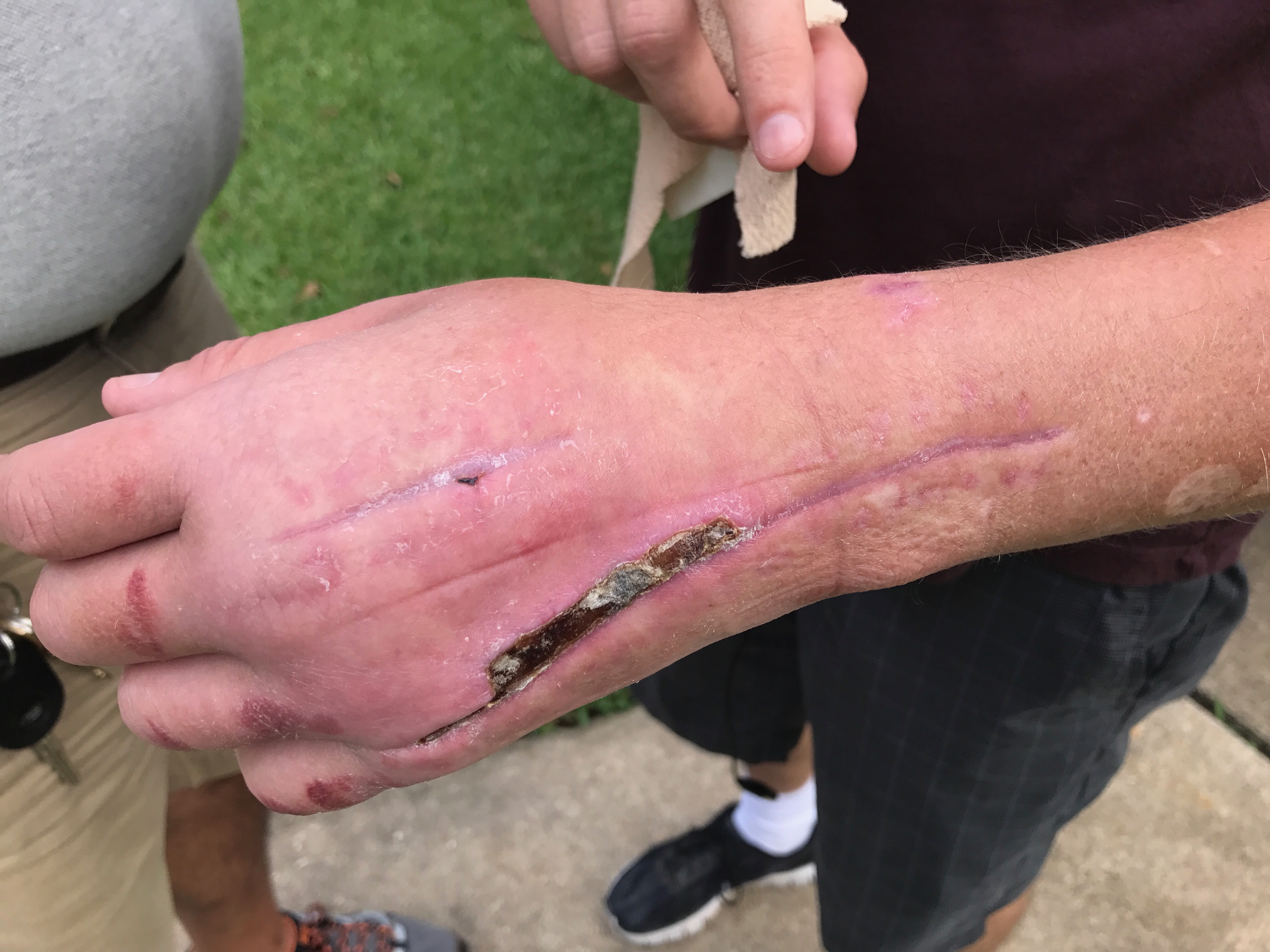 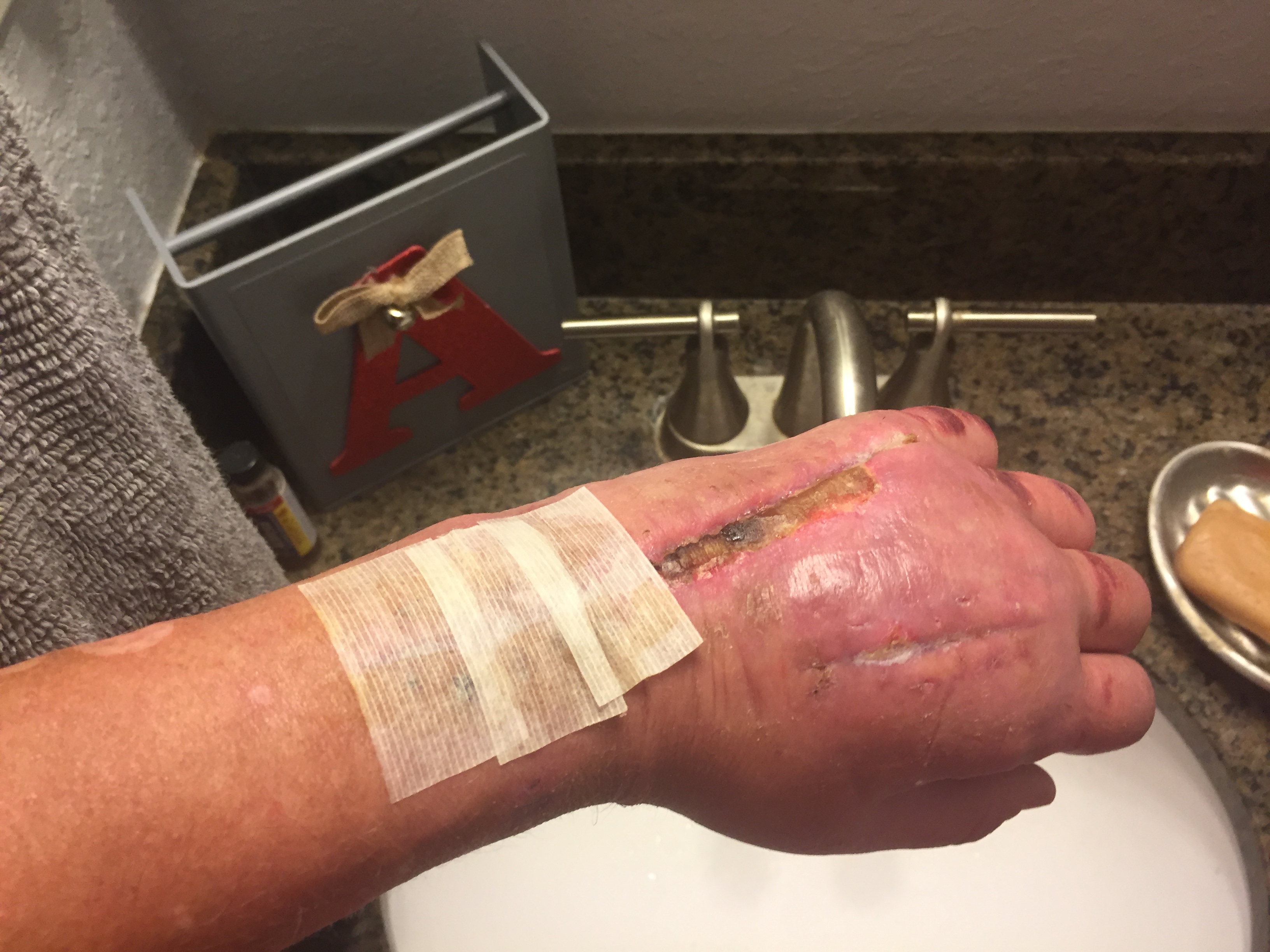