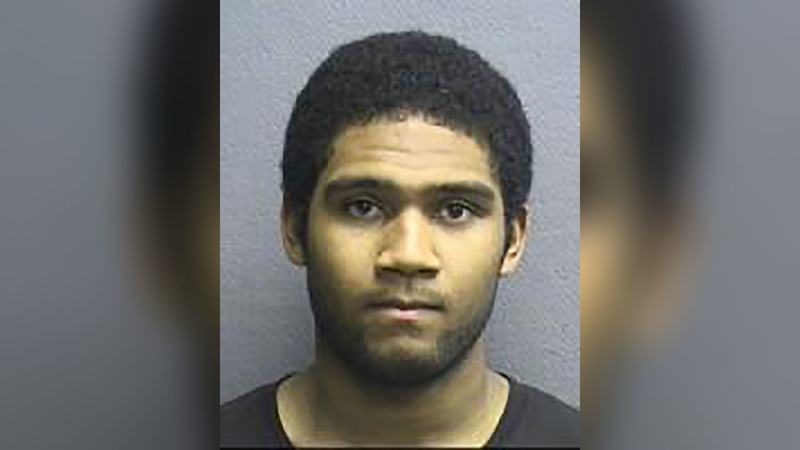 SPRING, TX (KTRK) -- A registered sex offender is accused again, this time for allegedly taking pictures of an underage girl in a bathroom.

According to the Harris County Precinct 4 Constable's Office, Darryl Keith Suber Junior, 24, was arrested Friday night at the Cheddars located off I-45 in Spring.


"He is scum. He is scum," said Kisha Foster, who says she was sitting next to the family of the little girl who Suber allegedly was attempting to photograph in the restaurant's bathroom.

She heard the girl's screams as she ran from the bathroom for help. "He's camera-ing me. She meant, 'He's video recording me,'" Foster said.

Foster and others ran to the bathroom, she says, finding Suber still inside a stall. A few moments later, he ran. She and others, including an off-duty police officer, were able to hold him until law enforcement arrived.

Friday night's incident is not Suber's first offense. Eyewitness News first reported in 2011 how he was charged with a similar offense. Court records indicate he plead guilty to taking pics or videos of girls in the bathroom at Kingwood High School. He was given two years of deferred adjudication.

His information appears on the state of Texas Sex Offender Registry. Kisha Foster was stunned to find out about his past, and he posted the video of his most recent arrest to inform others who might not know about his history. "I wanted to give a face to that story. I wanted to be the person who could help someone," she said.

Foster says she is no longer allowing her own young child to go to a public restroom alone as a result of this. She told us the phone had been wiped clean before they could get to Suber. Authorities have not said if they have been able to recovery anything from it.