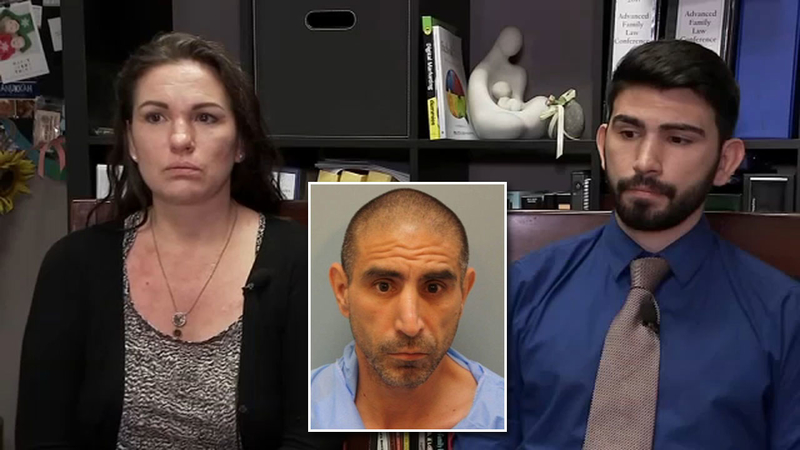 HOUSTON, Texas (KTRK) -- A woman said she has tried many times to have the man accused of killing a Harris County deputy put back behind bars, but was not successful.

Solis is accused of ambushing and killing Harris County Deputy Sandeep Dhaliwal during a traffic stop on Friday.

"We are all more devastated for the Dhaliwal family than anything," Robert Purtee, Solis' biological son, said. "We are all ashamed right now."

Melissa and Solis were in a relationship from 1993 until 1997 and have three sons together.

She said the only reason she stays in contact with Solis is because her middle son wanted to maintain a relationship with him. What she learned from her son's time with his biological father led her to make more than two dozen calls to his parole officers and various law enforcement agencies since 2016.

"I asked her to go do a home check," Melissa recalled. "There was guns, drugs in the house. She didn't do it."

Solis was placed on parole when he was released from prison in 2014. Originally, he was sentenced to 20 years for aggravated assault with a deadly weapon and kidnapping, but he got out after 12.

Since he has been on parole, he was arrested for driving while intoxicated. Two years ago, Solis' girlfriend filed an affidavit against him, accusing him of assaulting her. At that point, a warrant was issued for his arrest.

Since July, Purtee said she made more than 10 calls to Solis' parole officer. The last call was a week and a half ago.

ABC13 asked the Texas Department of Criminal Justice if it had been actively looking for Solis since the warrant was issued. They said they are not an arresting agency. They issue warrants if someone violates parole and put their name in a database so their warrant shows up when their name is run.

Melissa Purtee is adamant that Deputy Dhaliwal's death could have been prevented.

"Officer Dhaliwal ended up giving his life unknowingly protecting our life and my son, and he didn't have to because the State of Texas should have done it," she said.