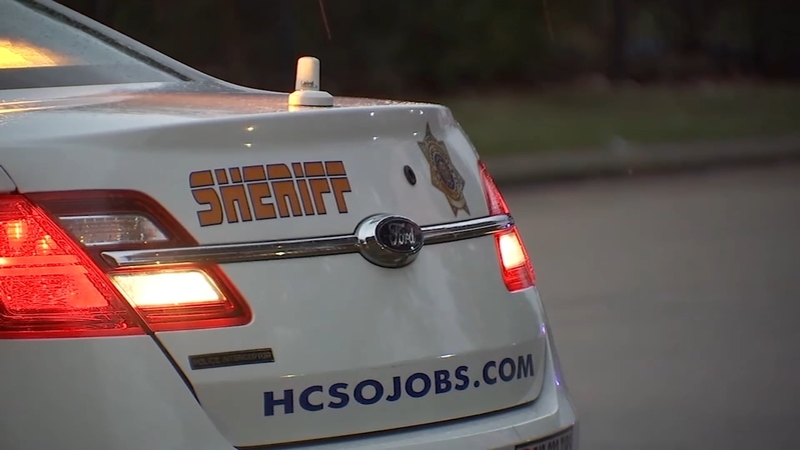 HARRIS COUNTY, Texas (KTRK) -- Law enforcement staffing goals have not been met in the first 50 days of a $2.6 million crime-fighting initiative in Harris County.

The commissioner's court-approved "Harris County Safe" on Nov. 30 and subsequently launched on Dec. 13, 2021.

Seven crime hot spots, or micro-zones, were identified in the 24-page proposal. The plan was to have 96 deputies working overtime among hot spot areas for 120 days to reduce crime.

The proposal even identified when crime had proven to be worst in each area when the deputies would step up patrols.

Data obtained by ABC13 shows in the first 50 days deputies have:
Data for February is not yet available.

"We have seen in the last 60 days a 5% reduction in these areas that we are working," Maj. Susan Cotter with the Harris County Sheriff's Office Patrol Bureau said.

But staffing the program has proven to be a challenge for Harris County, according to data.

Records obtained by ABC13 show the highest number they have had is 36, and the lowest is three on Christmas Day. There have been seven days in the single digits. Harris County Safe averaged 20 deputies in the first 50 days.

Cotter said the program is competing with other overtime programs when asked about the staffing levels and said they do not have enough cars.

"We all know there is a shortage of cars nationwide," Cotter said. "We all know it has affected the consumers, but it's affected us also. I've got cars running 24/7, so the guys have to have a car to work in too."

In January, ABC13 reported that during the commissioner's court on Nov. 30, Judge Lina Hidalgo and Precinct 1 Commissioner Adrian Garcia said the constables were on board to participate.

"We don't have all the people to put out there," Cotter said. "The staffing was with the constables. We work real close with all the constable agencies, and we are asking for their help with the initiative."

Constables told ABC13 they were not aware of the program until after commissioners passed it. They subsequently decided not to participate, mainly because of staffing.

In the last week, Precincts 3, 4, and 5 have began helping or made plans to start.

"I am thrilled they have changed course as far as being part of that initiative," Judge Hidalgo said. "Now that we have that, I am hopeful and told by the organizers that we will be able to get those staffing levels up."

"If you have enough boots on the ground, then an overtime program helps," Precinct 4 Commissioner Jack Cagle said. "If you don't have enough to do your basics, going into a fancy little program like this with a slick little brochure that you got from your consultant that you paid money to that is from some other town in some other place isn't going to work."

Commissioner Garcia and Judge Hidalgo hope to extend the program.

"We will never pull the plug," Commissioner Garcia said. "Any other day, I would tend to agree with you that maybe they are underperforming, but you have to remember there has been a high turnover due to the pandemic. I applaud their success thus far and recognize that by making this permanent maybe it means adding more staff to the program."

Commissioner Cagle believes the money should be used to hire more manpower for law enforcement agencies.

"The money in the program that hasn't been used needs to be taken and given to our local law enforcement as they requested," Commissioner Cagle said. "We need more boots on the ground. We need more prosecutors to push these cases through the courts."