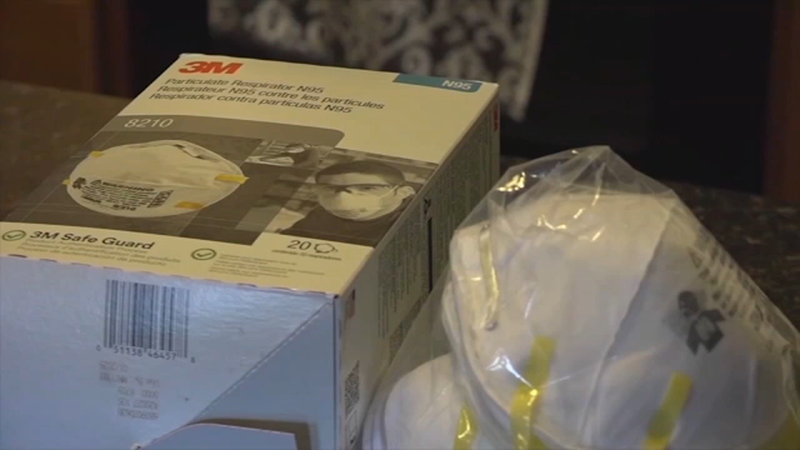 Some elected law enforcement officials worry about lawsuits. Others have said their offices are too busy. Almost all of them that are looking the other way say they believe Texas Governor Greg Abbott has overstepped his bounds.

They're part of a growing number of agencies that are choosing to look the other way when citizens aren't wearing face coverings as ordered by Abbott earlier this week.

Montgomery County Precinct 2 Constable Gene DeForest pointed to the wording of the order for part of his reasoning against enforcement.

"This order includes specific language prohibiting law enforcement from detaining, arresting, or confining to jail as a means to enforce the order," DeForest said on Facebook. "This language strips law enforcement of the necessary tools to enforce compliance with the law."

In a post that had been shared more than 500 times Saturday, DeForest responded to comments about his decision.

"I have no duty to the state. My duty is to God, my constituents, the constitution, and the law," DeForest said.

DeForest isn't alone in Montgomery County either. The sheriff's office won't be writing tickets, according to a statement released Saturday.

"Calls for service reporting a violation of GA-29 will only be dispatched if the reportee is an authorized supervisory representative of the business or property AND is reporting that a person is refusing to leave the property after receiving notice to leave and a disturbance is occurring," Montgomery County Sheriff's Lieutenant Scott Spencer said in a statement.

"Everyone needs to wear a mask, but don't put us in this position," he wrote in a tweet.

While we in law enforcement are desperately trying to build trust w/our community and are spread incredibly thin with the huge rise in violent crime, we are now expexcted to enforce yet another draconian mask law.

Everyone needs to wear a mask, but don’t put us in this position.

In north Texas, Denton County Sheriff Tracy Murphree responded to critics about his decision not to enforce the order.

"A week ago they were carrying signs that said F the police, and demanding police be defunded," Murphree said in a Facebook post. "They were ignoring the Denton curfew order and blocked city streets. Now those same people are mad at me for refusing to enforce the mask mandate issued by the Governor. Their hypocrisy is mind blowing."

Denton County is the ninth-most populous county in the state and is located just north of Dallas-Fort Worth.

"This is an executive order not a law," Murphree said. "Only the legislature can make law. So the accusations that I'm refusing to enforce the law are not true."

Several agencies in east Texas have weighed in against writing tickets for not wearing a face covering.
Nacogdoches County Sheriff Jason Bridges said there's no way to track people who repeatedly violate the order, according to KLTV.

"This order clearly states that you have to give a warning. First of all, we are not keeping a database of people who are wearing a mask and who are not. We don't have the time or the energy to do that," Bridges said.

The pushback on the order comes from beyond law enforcement and could head to a courtroom. A Houston attorney said he plans to file a lawsuit claiming the order is unconstitutional.

"Every time Governor Abbott issues what we believe are unconstitutional mandates or orders, as he describes them, we believe it's appropriate to challenge them," Jared Woodfill told ABC13.