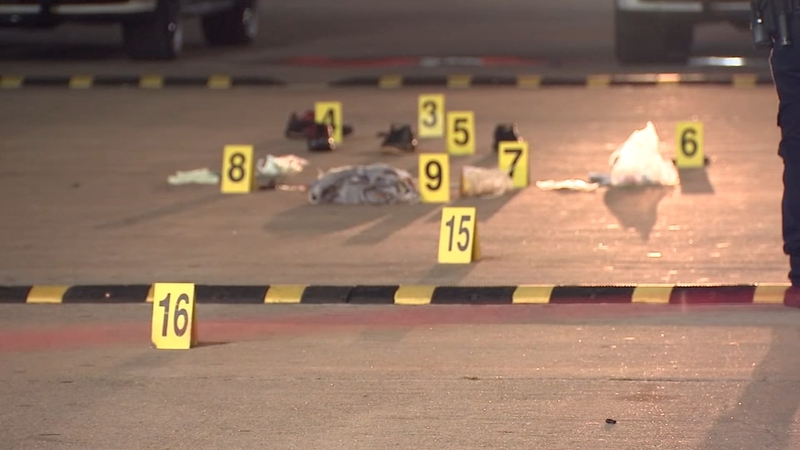 Man may have been shot over basketball game argument, sheriff says

HARRIS COUNTY, Texas (KTRK) -- An argument over a basketball game may have led to a man being shot outside of a fitness center in southwest Harris County, Sheriff Ed Gonzalez said.

Harris County Sheriff Ed Gonzalez said the shooting happened at about 6:30 p.m. in the parking lot of Fitness Connection in the 7300 block of south SH 6.

At the scene, deputies found a Black man in his mid-20s with multiple gunshot wounds. The man was taken to the hospital by Life Flight in critical condition.

According to Gonzalez, an argument broke out during a basketball game. The fight then ended in the parking lot. The victim began walking back into the fitness center when he was shot, Gonzalez said.

Witnesses told ABC13 they heard three to four gunshots. Cell phone video right after the shooting shows the victim lying on the ground outside the gym's front doors and a crowd gathering nearby.

@HCSOTexas units responded to the parking lot of a fitness center located at 7355 S SH 6. One male was found shot. The victim has been taken by Lifeflight. #HouNews pic.twitter.com/pJryxa2bL7

It's unclear if anyone else was injured. But authorities said the suspects fled the scene before deputies arrived.