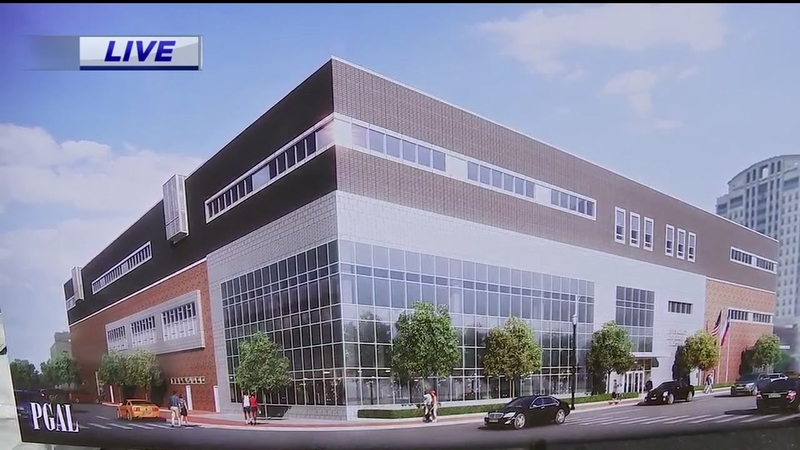 "We've been trying to get out of the jail business," said Mayor Parker. "We had to have a place our short term hold prisoners and this will allow us to do that."

The $100 million processing center -- to be built north of Buffalo Bayou downtown and next door to the county's Baker Street Jail -- will be built with bonds approved by county voters in November 2013. Construction will require no tax increase; the county will pay off the bonds with savings produced by the new facility's operation.

The 246,000-square-foot Joint Processing Center is expected to be complete by the end of 2017. It will handle all inmate bookings and releases for the city and county, eliminating the redundancy of operating two separate systems, as is done now. As a result, the city will be able to shut down its two city jails, freeing up 100 more officers for law-enforcement functions and save about $4 million a year in operational expenses. In exchange, the city will contribute $30 million to the building of the center and will pay the county an additional booking fee per inmate.

"We will have a hundred staff from the jail that will be reassigned to HPD, so just that in itself will be a force multiplier," said Ed Gonzalez, a Houston City Council member and a former Houston Police officer. "It's a win win for everyone."

The four-floor facility will hold as many as 1,520 inmates and will boast enhanced areas for medical and mental health screening and diversion stations to help provide alternatives to incarceration and expedited processes for paying bonds or fines on the spot. The result is expected to be significantly reduced booking times, allowing city police and county sheriff's deputies to return to their patrols more quickly.

"The Harris County Jail is the largest mental health facility in the state, and that is just fundamentally wrong," said Judge Ed Emmett, a long time advocate for better mental health care to cut down on prison and jail populations. "We have literally thousands of people who cycle through, time after time, after time, when their real issue is mental health, not that they're hardened criminals."

Overall management of the JPC will be controlled by Harris County. The Houston Police Department will have dedicated space for its officers to use for compiling reports, drunk driving testing, investigations, evidence control and processing of its Class C prisoners.

The current timeline calls for the first inmates to be transferred to the processing center in December 2017, with the city's jails slated for closure in January 2018.