Sculpture park at Governors State University voted best in the US: 'This is a hidden gem' 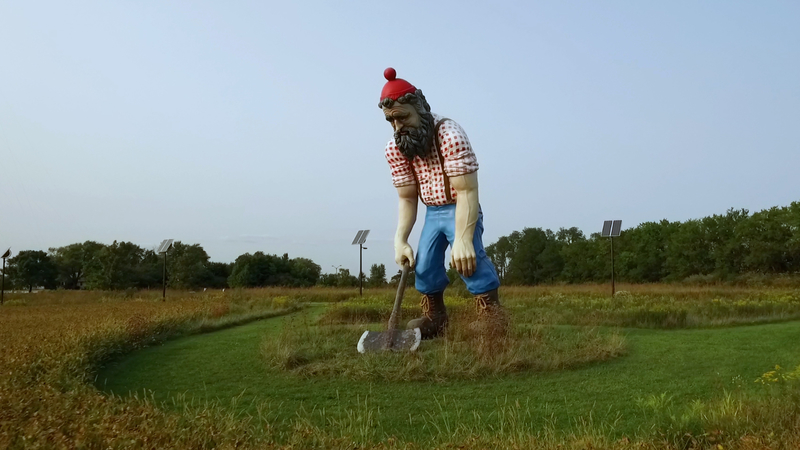 South suburban sculpture park voted best in the US

UNIVERSITY PARK, Ill. -- Affectionately nicknamed 'theNate,' the Nathan Manilow Sculpture Park is still basking in its recognition as the Best Sculpture Park in America, according to USA Today's Readers' Choice Awards in 2021.

"The Nathan Manilow Sculpture Park has the claim to fame of being here before GSU was established," Park Director & Curator Jeff Stevenson said. "The Manilow Family [and] Lou Manilow had actually invited Mark di Suvero to come and make his sculptures here in 1968."

Suvero's piece, "Yes! For Lady Day" is one of the park's most popular attractions. It's a monumental, steel sculpture made from a salvaged tank car and I-beams that guests are invited to climb into as it sways in the wind.

Another crowd favorite, "Paul" by Tony Tasset, resembles American folk hero Paul Bunyan. The towering, slumped figure appears exhausted and tired, in contrast to the tall tale legend, who is usually depicted as proud and confident.

Despite last year's accolade, many believe the park is underappreciated and would like to see more visitors enjoy the art and natural beauty at 'theNate.'

"I do believe this is a hidden gem," says Timothy Brennan, President of Crete Creative Gallery & School in nearby Crete. "It's not just the art, but it's also about the environment. It's about prairie restoration, [and] it's about ecology."

Stevenson said the combination of a small state university and a world class sculpture park is an unlikely pairing, but having outdoor art on campus is a benefit to both students and the surrounding community.

"We are a free, public resource. Folks can come here anytime [and] it's a great way to experience nature," Stevenson said.

"It's so exciting that the sculpture park is a part of the university," Duray said. "This is a very cool place."