Will Gerrit Cole leave the Astros after World Series loss? 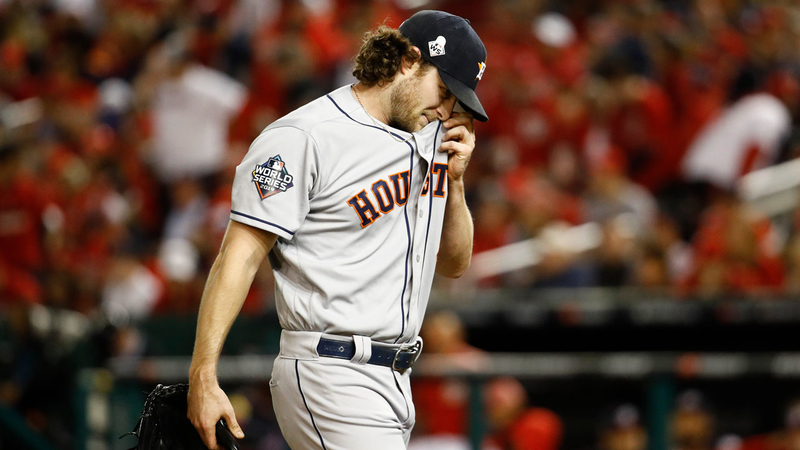 HOUSTON, Texas (KTRK) -- We may have seen the last of Gerrit Cole in an Astros jersey after his performance in Game 5 of the World Series in Washington D.C. Sunday night.

The Astros are paying Cole $13.5 million, a bargain in the final year of his contract in Houston.

In the offseason, Cole is expected to attract suitors who will most definitely offer more than $13.5 million per year.

A day before the Astros began postseason play, owner Jim Crane was asked about Cole's impending free agency and whether the team can keep him.

"We haven't gotten there yet," Crane said on the timing of negotiations. "We'll see where the year ends up. I mean, it's too early to say right now."

In the last couple of years, the Astros, after collecting three straight 100-loss seasons, offered contracts to their homegrown superstars, as well as free agents, to keep an over-achieving core together.

For example, the Astros signed Alex Bregman to a five-year extension worth $100 million that will kick in next year at $11 million. Cole's platoon-mate and ace of the rotation, Justin Verlander, is due $33 million next year. Jose Altuve will be paid $29 million. Mid-season acquisition Zack Greinke remains in Houston for $35 million.

For context, Greinke's contract is the third-highest for MLB pitchers this year. The top annual salary belongs to Washington's Stephen Strasburg at $38.3 million.

All told, the Astros already have more than half of their salary spoken for in 2020.

So, with that, Cole, who is in the money-making prime of his career, could command a yearly salary surpassing Greinke and Verlander's paychecks. If he's inclined to seek the payday that this Cy Young Award-caliber year has made for him, the Astros may more than likely be unable to keep him while staying under the luxury tax threshold.

The Astros have expressed wanting to stay under the tax limit.