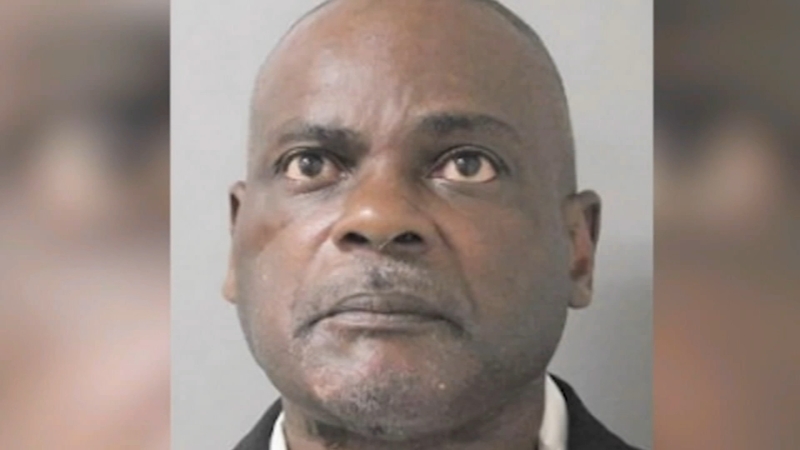 HOUSTON, Texas (KTRK) -- Prosecutors say 69 people may have been convicted based on false evidence presented by former HPD Narcotics Officer Gerald Goines, who is also charged in a deadly raid.

On Wednesday, Harris County District Attorney Kim Ogg said all 69 were involved in cases where Goines was the only witness at their trial.

Most of the cases involve delivery of a controlled substance and ranged from a few months in the Harris County Jail to four years in the Texas Department of Criminal Justice. The time evaluated by the DA's post conviction division is from 2008 to 2019.

"Goines in these other cases were the sole witness," said Ogg in an interview with ABC13. "People were convicted, they went to jail, they went to prison. My job is to see that justice is done, and I got to right the wrongs that Goines committed."

The district attorney's office asked judges in two 2008 narcotics cases involving Goines to rule that brothers Steven and Otis Mallet did not sell drugs to Goines. Otis Mallet was arrested in 2008 in southeast Houston. Goines allegedly said he was working undercover and saw Mallet's brother riding his bike, going to Mallet, and buying drugs. Otis Mallet served two years in state prison. According to prosecutors, Goines made up the whole thing.

The judges sided with the district attorney, calling the cases against the brothers a "fraud."

The DA's writ division then reviewed around 400 post conviction cases between the years 2008, when the Mallets were arrested, and when Goines retired from the department. The 69 cases came from that.

"The greater question is whether they were actually innocent, and that's where we need lawyers who represent them, to help flesh out," said Ogg.

Goines is one of two HPD officers indicted in a botched narcotics raid at a home on Harding Street that resulted in the deaths of Dennis Tuttle and his wife Rhogena Nicholas last January. Goines has been indicted for felony murder and tampering with a government record.

This afternoon, Goines attorney in those charges blasted the DA's announcement.

"These are carefully timed media blitzes which are an end run around the ethical rules that she can't talk about the facts of the actual pending case," said defense attorney Nicole Deborde, who is representing Goines. "This is a transparent political Hail Mary as she approaches the primary deadline."

Ogg shot back, "It's shocking to me that she would fault us for trying to get relief to 69 more people, who have been likely wrongfully convicted."

Mike Doyle, who is representing the family of Rhogena Nicholas in possible civil proceedings, say even more needs to be done.

"I think at this point, it calls into question whether anything he did can be trusted," said Doyle. "Because if you know, when you start digging a little deeper, how comes out, how much do you know is clean?"