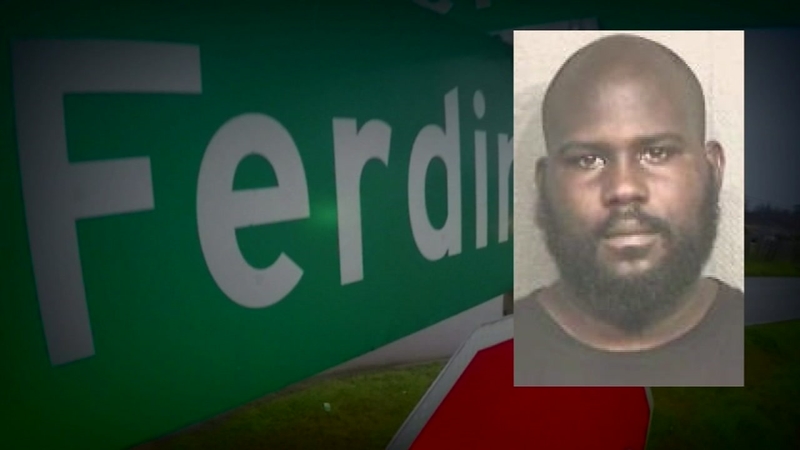 HOUSTON, Texas (KTRK) -- Brandon Carter was crashing on his sister's couch when HPD Officer Gerald Goines' narcotics unit tied him to a drug house and charged him with possession of cocaine, codeine and marijuana.

"It was crazy. I couldn't believe it," said Carter, who is out on bond.

Carter says he was on his way back from the store to his sister's house in Sunnyside last September, when he saw some Houston police activity at the corner of Ferdinand and Phlox. He walked closer. Court records show police had just executed a search warrant at a house. An officer confronted Carter and he complied with their request.

"I let them search me because I was clean. I didn't have anything on me," said Carter.

Before he knew it, he was being arrested. Carter, who, according to online records, had done only one day in jail for trespassing in the past, found himself charged with having 40 grams of cocaine, as well as codeine and marijuana.

Somehow, police connected the 30-year-old, who had no money, no cell phone and was staying with his daughter at his sister's, to a drug house.

Carter was busted by Goines' narcotics unit. ABC13 Eyewitness News obtained video of them during a search last year. All of Goines' active cases are under scrutiny, including Carter's, because of the botched drug raid last month that went terribly wrong. Dennis Tuttle and Rhogena Nicholas were killed. Four officers were shot. Goines is accused of lying on the search warrant that led to it.

"These are individual cases. Justice has to be meted out in every one. It takes time. We need some more investigators," Harris County District Attorney Kim Ogg told reporters Thursday.

She will ask Commissioners Court for more funding to hire more prosecutors.

Out of the 1,400 Goines cases under review, 26 are active and one has been dismissed. Carter hopes that's him one day. He has a new job and a family to feed.

"I hope they review my case and dismiss, drop all charges. So I can move on with my life."

Carter's next court setting is March 28.