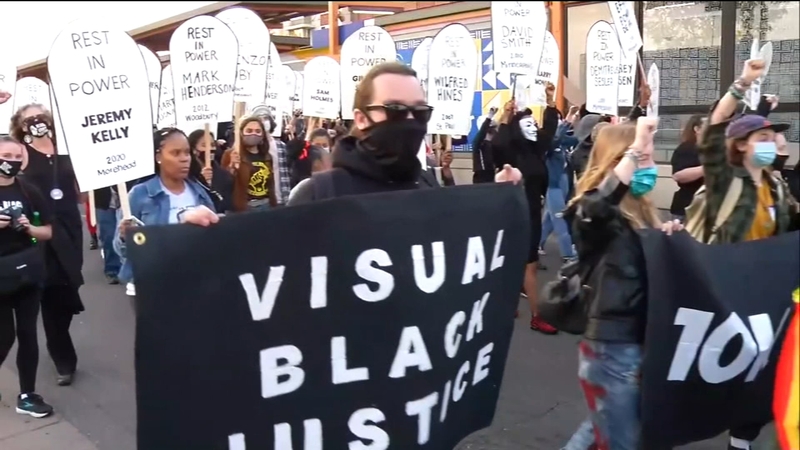 MINNEAPOLIS, Minnesota (KTRK) -- In just three months, the world will be watching as four Minneapolis police officers are on trial to determine their roles in the death of George Floyd.

Lawyers are hoping a newly-released, detailed questionnaire will help them pick a jury.

Choosing a jury that hasn't already formed their own opinions and biases is going to be tough for both sides in this particular case.

The cover photo shows Floyd's face with the words "BLM" projected onto a monument of Confederate General Robert E. Lee.

Like normal trials, lawyers have the choice to eliminate certain people as jurors, but what's different in this case is that biases won't necessarily disqualify someone.

The survey includes more than a dozen questions on policing and several questions on whether or not a potential juror participated in the protests that took place across the country, or if they were negatively affected by them.

Examples of questions include:

"This questionnaire is particularly thorough. It's the kind of questionnaire that we see in death penalty cases in states where they have that. One of the things about this case that we really can't ignore is that the credibility of criminal justice rests on it," Mark Osler, a Minnesota law professor said. "That, not just people in Minnesota, but around the world, are going to be looking to see if this is fair."

The survey says jury selection in the case will run from March 8 to March 26, 2021, with opening arguments expected to start on March 29.

Legal experts say that is longer than normal for jury selection.

It's been six months since George Floyd was killed at the hands of police, and people believe there's plenty of work that needs to be done.

For those it was sent to, the questionnaire is due back on Jan. 2.

Experts expect the trial to last anywhere from three to four weeks.