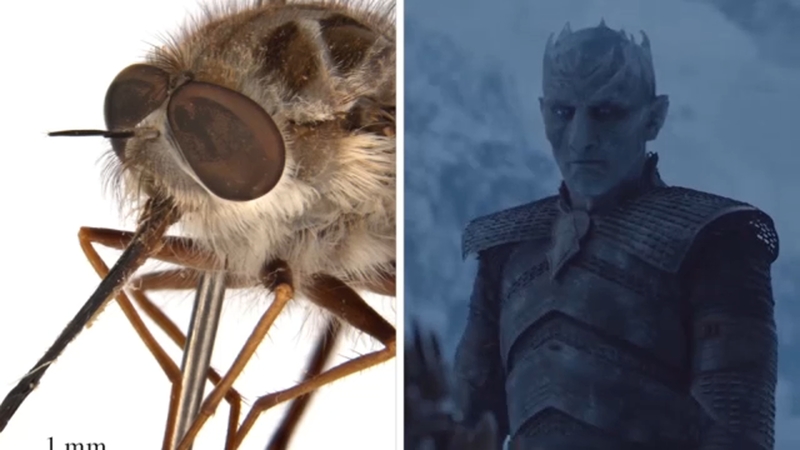 One Game of Thrones villain is back, in name at least.

Australian scientists have named a newly discovered species of bee fly after the Night King.

The name was chosen because the fly comes out in the winter and has a crown of spine-like hairs.

"Xuankun Li, who named the bee fly Paramonovius nightking, is a PhD student at CSIRO and a huge fan of 'Game of Thrones,' proving that inspiration for new species names can come from anywhere," entomologist Dr. Bryan Lessard said in a statement.

The fly is just one of 230 species that the Commonwealth Scientific and Industrial Research Organization in Australia has named so far this year. All names have to have a combination of a genus name, which comes first, and a species name.

According to CSIRO, only 20 to 25 percent of Australia's half million species have been named.

"Our biodiversity runs the planet. It cycles nutrients, sequesters carbon, pollinates crops and cleans the air we breathe and the water we drink. We literally couldn't live without it," Lessard said.

More on "Game of Thrones":