'Somebody knows this kid:' Police search for identity of child found dead on beach 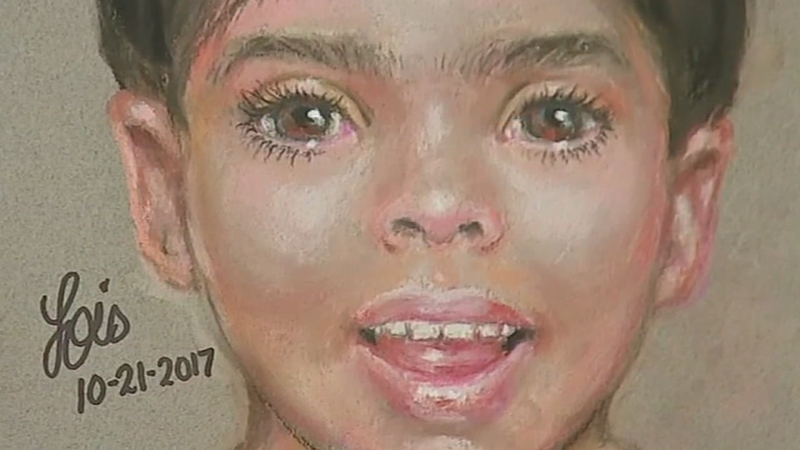 GALVESTON, Texas (KTRK) -- Galveston police say they still haven't been able to identify the boy found dead on a beach Friday afternoon despite over a thousand leads which have come in since investigators released a sketch Sunday of the boy.

So far, no tips have panned out, including a suggestion by many that a missing boy from Tennessee looked strikingly like this one.

"It's a baby. A murdered baby. Lost. No one knows his name," said forensic artist Lois Gibson. She was contacted by investigators Saturday and asked to sketch a picture of the boy in the hope of generating more tips that could lead to his identity.

'Somebody knows this kid:' Police search for identity of child found dead on beach.

"For a second, I let myself picture him suffering," said Gibson, describing the process through which she creates the artwork. She's done this for 35 years, creating composites of hundreds of suspects and a handful of children who were similarly unidentified.

"It's painful. I'm a first responder and I put up with being hurt, but in my case, it's emotional pain in order to help the innocent victim get justice," Gibson said.

It's Gibson's job to bring to life the lifeless, to create an image from a body sometimes significantly decomposed in the hope that someone might identify them. In this case, investigators say the boy was only showing initial signs of decomposition. He was discovered, however, without any clothes.

Gibson has helped identify a handful of other children including "Baby Grace," later identified as Riley Sawyers, who was beaten and tortured. Her mother and step-father were eventually sent to prison for life in connection with her death.

Gibson hopes for a similar result here for whoever had a hand in the death of this little boy. The first step toward that, she knows, is figuring out his name.

"I use that to push myself to do the best work," Gibson said.

Police were hoping for some new information Monday following the autopsy on that little boy. So far they have not said if they've been able to glean anything from the autopsy. There is no word on a cause of death.

Detectives say the description of the boy does not match any missing person cases locally or elsewhere.