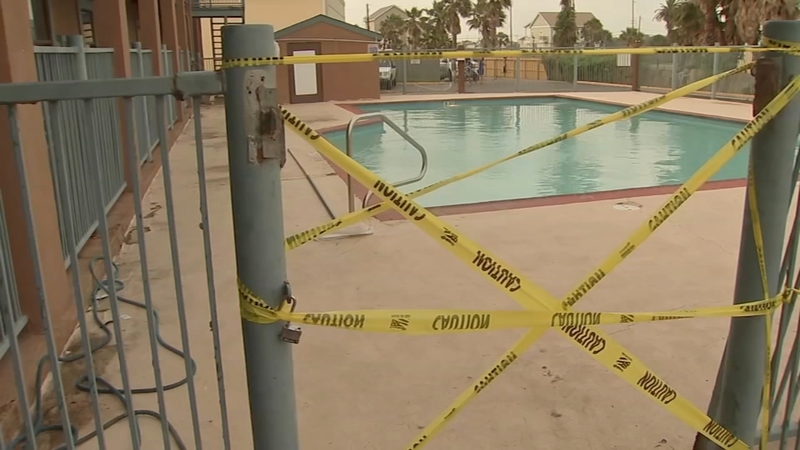 GALVESTON, Texas (KTRK) -- A mother and her young daughter drowned overnight at a motel pool off Broadway near 61st Street in Galveston.

Galveston police officers were dispatched to the Rodeway Inn around 1:30 a.m. Wednesday in reference to a possible double drowning.

EMS began resuscitative efforts, and the mother and child were both transported to UTMB Galveston. Unfortunately, they were both pronounced dead at the hospital, police said.

Investigators are still working to determine what exactly led up to the tragic incident. Anyone with information is asked to contact the Galveston Police Department at (409) 765-3781.

ABC13 spoke to a witness at the scene who said she performed CPR on the little girl.

The witness believed the child was 4 years old, but police later confirmed that she was 3.

According to the witness, Gladys Glenn, the child and her mother were both in the pool at the motel.

Glenn said she heard commotion and stepped outside of her room, which is by the pool.

She said a group of four people were at the pool -- a man, a little boy, possibly 7 years old, the woman and the 3-year-old girl. The man was yelling for help.

Glenn is CPR certified, and said she and her boyfriend ran over to help.

She was performing CPR on the 3-year-old when she realized there was also a woman in the pool, so she started yelling for someone to get her out.

Glenn said the woman and the child were not wearing bathing suits.