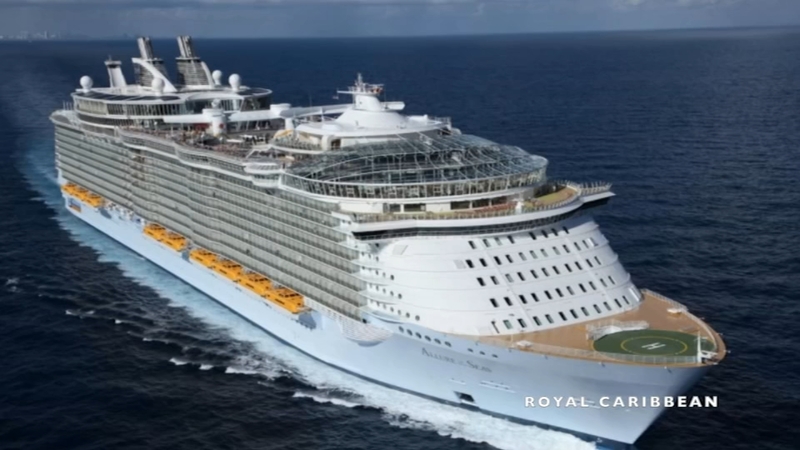 Cruise ships set to return to Galveston this weekend

GALVESTON, Texas (KTRK) -- From cruise ships returning to resolutions, there's a push in Galveston to get the cruise industry restarted.

The lots near the Port of Galveston aren't generating money, but owners are still having to pay.

"We still got our notes," Lighthouse Cruise Parking owner Henry Robledo explained. "We still have to keep the lights on, our security systems up."

Since the CDC halted cruise ships because of the pandemic, Robledo said he hasn't made any money.

"My employees are still waiting," Robledo said. "They're having to take other jobs. My wife is having to go back to work. I'm having to work part-time for right now."

But a glimmer of hope will arrive soon. No, it's not the millions of Americans getting the vaccine. This Sunday, two Carnival cruise ships will return to the port.

"Their intentions are to stay here, crew up, and do some work on the ships. So they'll be here when it's time to start cruising, and we're hoping that it's quick," said Port of Galveston CEO, Rodger Rees.

The port is also set to vote on a resolution Tuesday asking the CDC to resume cruising as soon as possible, but the timing is critical, according to officials. The delay could impact the new terminal. Royal Caribbean was set to open it by next fall, but now, it could be off by a year.

The CDC said it's working on a plan for cruise ships to safely sail by this November, but Galveston leaders worry it'll be too late. Cruise ships have started in other countries and will expand this summer in the Caribbean and Europe. Officials said in Texas $1.2 billion in spending is tied to the cruise industry, with 23,000 people connected to it with their jobs.

In Galveston, there's $115 million in local spending, with 3,638 jobs tied to the cruise industry. While ships set sail in other countries, Galveston lots could remain empty for months.

"It's hard to see other countries just be able to get cruising and we're still stuck at step one, without anyone taking into consideration how much it's affecting us," Robledo said.