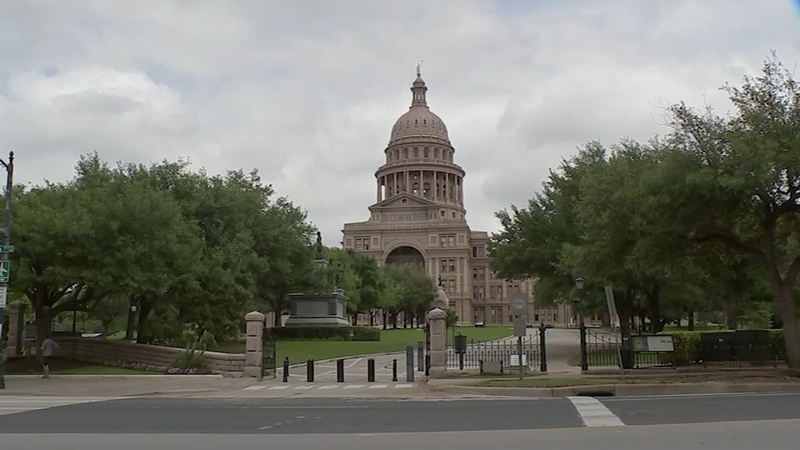 GALVESTON, Texas (KTRK) -- After nearly 20 years, Galveston County-area voters will select a new state senator, and experts said the candidate could be much different than what they're used to.

They are Mayes Middleton, Bianca Gracia, Bob Mitchell and Robin Armstrong. Middleton's name may not be a new one for voters, as he's currently a state representative from that area.

Mitchell is also known in the area for his work in the aerospace community. He's president of the Bay Area Houston Economic Partnership.

"I've worked in economic development bringing in thousands, and thousands here for over the last 20 years as president of the Bay Area Houston partnership," Mitchell explained.

Gracia is running her first race but she's no stranger to politics. She's president of the Latinos for Trump organization.

"I'm just a regular person like most people, to be honest," Gracia said. "I'm not a politician. Never wanted to be, but I think we've reached a point and time right now where we need Patriots, God-loving people."

Robin Armstrong, a doctor from the area, is running too. ABC13 contacted his campaign on social media pages several times but did not hear back.

Political experts said State Senator Larry Taylor is someone who is considered moderate and would work with the left. "He's not as conservative as these candidates," University of Houston political science professor, Brandon Rottinghaus explained. "They're definitely moving more to the right but that's totally explainable by the fact you've got polarization which tends to move each party toward their polls."

Mitchell told ABC13 he considers himself to be moderate.

"I'm right of center," Mitchell explained. "I've never voted for a Democrat. Voted Republican my entire life, but that doesn't mean you can't work with people and get things done."

It's different for the other candidates. Gracia is running on strong conservative principles.

"I think we can make history in Senate District 11 by sending a staunch conservative, Godly woman, activist, mother, wife to go represent you," Gracia said.

Middleton is also very conservative. He's chair of the Freedom Caucus in the House. The group pushed for bills blocking critical race theory and protecting girls' sports. Middleton is also co-author of the "heartbeat bill."

"Innocent life is our most precious gift from God," Middleton said. "I was proud to co-author and champion that bill that's saving 120 innocent lives every single day."

STATE SENATOR TAYLOR FOCUSED ON EDUCATION, SOMETHING THE CANDIDATES HOPE TO CONTINUE

Taylor was the education chair in the Senate. Each candidate said they want to focus on education too.

"Parental rights than ever," Middleton said. "You're seeing in the news now where concerned parents are being branded domestic terrorists."

Gracia wants to take a hard look at state testing. "Right now, we've tied the hands of the teachers and they can't really do their job," Gracia said. "I want to be that voice for education."

Mitchell wants to focus on how education could help the region's workforce. "Why is education important to economic development? Because if you can't prove to these companies that want to move here that you can provide them a pipeline of students and quality workers for 10, 15, 30 years, they're not going to move here," Mitchell explained.

BORDER SECURITY, OIL AND GAS AND FLOOD PROJECTS ARE OTHER ISSUES THEY'RE CAMPAIGNING ON

Gracia describes herself as an activist. One thing she's passionate about is border security, something she calls an "invasion."

"We've got a very serious problem, and it's affecting all of our communities," Gracia said. "It's going to end up affecting them with children in school, unaccompanied minors being dropped off. You don't know where they're at. You don't know how to help them. This is a very sad situation."

Middleton said he's also eyeing working with oil and gas and how vital it is to the Galveston County area. "The gulf coast is really the heart of our Texas economy, the oil and gas industry," Middleton said. "We have a lot of unique needs in our area as well like wind storm insurance."

Mitchell is eyeing the gulf and protecting the area from future storms. He's helped with the coastal spine project, also known as the "Ike Dike," and he wants to see it completed.

"My top issue also is the gulf coast protection district, the coastal spine, which I've been working on for 14 years," Mitchell said.

With no Democrat running, the winner of the Republican primary should be District 11's newest state senator.