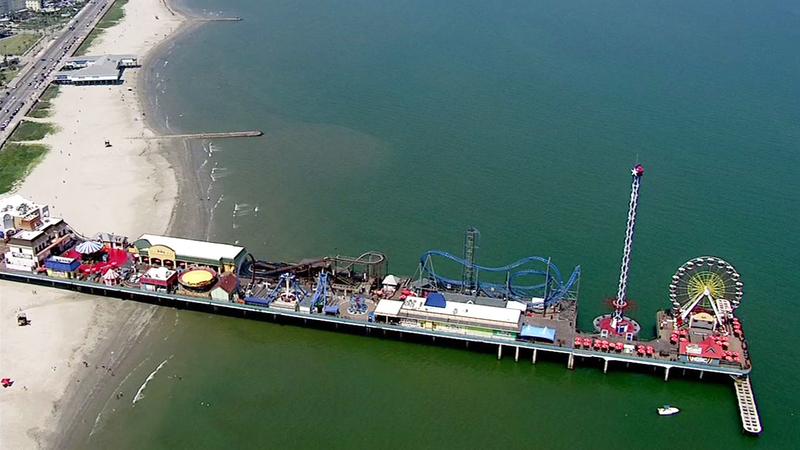 IT'S BACK! Clear blue water sparkles again in Galveston

Although the 2020 Galveston Bay report card placed the bay at the same health rating for the sixth consecutive year, experts said local pollution reduction efforts are taking off and spurring improvements on a smaller scale.

The bay has earned an overall C grade-which signifies the bay's health is "adequate for now"-but Galveston Bay Foundation President Bob Stokes said the bay is a "really healthy" place.

"In some ways, it's almost amazing that it's safe," he said.

The report card is compiled annually by GBF and Houston Advanced Research Center. This year, GBF and HARC leaders said, the groups placed particular focus on pollution prevention to encourage Houstonians to support the bay.

A grade of C for overall health means the bay is resilient despite many recent challenges, but more can be done to improve across the report's various indicators of bay health. The 22 indicators are divided into six categories related to human-driven and other factors. The subsequent findings and trends describe Galveston Bay and the surrounding watersheds, which span more than 7,000 square miles across the Greater Houston area and beyond.

The report serves a dual purpose, Stokes said: It tracks the health of the bay over time and serves as an outreach point for the public. Hundreds of action items are listed on GBF's website corresponding to report findings.

"Our message overall from the beginning is there's millions of people that live right around Galveston Bay, and every single person can have an impact on the bay," he said.

The bay's A grade for water quality in 2020, particularly its phosphorus levels, is a notable improvement from the previous year that also closely relates to pollution levels, HARC President and CEO Lisa Gonzalez said. There have been improvements to levels of non-point source pollution, which is a type of pollution that generally results from factors like land runoff, she added.

The Mission: Pollution Prevention section of the report card website aims to "help focus folks' efforts, especially as we are all disconnected a little bit more this year," HARC research scientist Erin Kinney said. The report card website includes a customizable action item activity through which residents can select pollution reduction activities based on the time and resources available to them.
"It is one of the activities where people can have an immediate impact in the community," Kinney said of pollution reduction.

The bay earned a B in recreation safety, down from scores in previous years. Kinney said this is largely driven by areas like Texas City, where there have been recent issues with wastewater treatment outfalls affecting bacteria levels in the water. The report card provides resources for residents to check real-time beach conditions.

"It's something that we hope will get better in the future, and we're calling attention to it now because these are areas where folks like to get to and enjoy ... the bay," she said.

In May 2019, two barges collided in the Houston Ship Channel near Bayport, spilling 378,000 gallons of gasoline in Galveston Bay, which resulted in an F grade for oil spills in 2020. The shipping economy is vital to area industries, but HARC and GBF also recognize the importance of their groups being a watchdog for shipping-related impacts, experts said.

"We've sort of stemmed the tide of habitat loss, but now, we're in the process of bringing those habitats back," Stokes said.