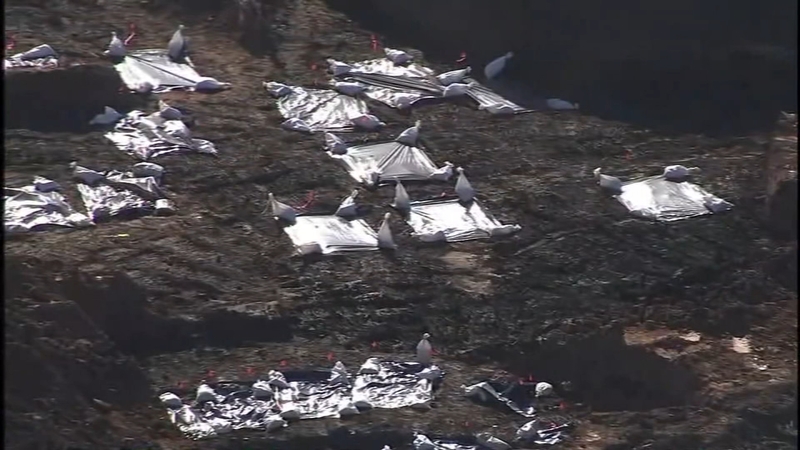 SUGAR LAND, Texas (KTRK) -- The bodies of 95 African-Americans who were part of the convict leasing and labor program were laid to rest at the site where they were found.

"Its been an ongoing fight for a couple years since those bodies were found and now the fight is trying to make sure that they're dignified and buried in proper way with the judges order and community input," said activist Reginald Moore.

A blessing the ground ceremony last week brought together dozens to honor the Sugar Land 95. Community members, historians, and Fort Bend ISD representatives joined together for a candlelight walk.

Once all of the remains are reinterred, the district plans to memorialize and honor the Sugar Land 95 with a promise to ensure their lives are not forgotten.

As part of ongoing negotiations with the county, the district also plans to dedicate 10 acres of land to the county for a future planned memorial park where members of the community can visit and pay tribute.

"This has been an unprecedented journey for Fort Bend ISD," said FBISD Board President Jason Burdine. "We are thankful for the offer of county leaders to join us in this effort to memorialize these individuals and learn as much as we can about the convict-leasing system. We appreciate our local lawmakers who worked together to support the legislative changes that made it possible for us to take these steps forward."

The district says it's also collecting DNA analysis from the bodies, which will be processed at the Texas Archaeological Research Laboratory at the University of Texas. The district hopes to identify the descendants and their families.

In June, Governor Greg Abbott signed a bill into law allowing Fort Bend County to own and operate the land where the graves were uncovered.

With the new legislation, plans can move forward to get the people found in the field the recognition they deserve.