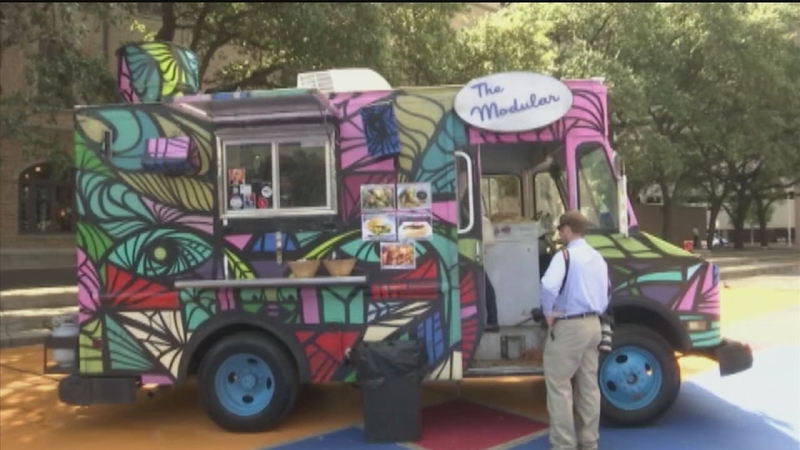 HOUSTON (KTRK) -- In an age of growing popularity of food trucks, Houston Fire Department regulations have been revised to permit the use of propane in Houston's Central Business District and the Texas Medical Center. The change took effect September 19.

"With this change, Downtown and TMC are now under the same rules as the rest of the City," said Mayor Parker. "We will still maintain a high level standard of health and safety for the public."

Joshua Martinez operates a food truck called The Modular. He looks forward to expanding his business.

"We have already talked to property owners and business managers in the Medical Center and downtown," Martinez says, "And we will start seeing these food trucks making it down there in the next week or two."

The city is easing regulations to allow food trucks in Downtown Houston and the Medical Center. Mayor Annise Parker says the goal is to create a level playing field for food trucks.

"We want to remove barriers to doing business in Houston," says Mayor Parker. "The ban on propane, which many of us have at home for our backyard grills, was outdated and prevented food trucks from having access to two key areas of Houston. This change will open up the market and allow for competition."

According to the City, the new regulations will:


A spokeswoman for the Greater Houston Restaurant Association says the group opposes the relaxed rules for food trucks.