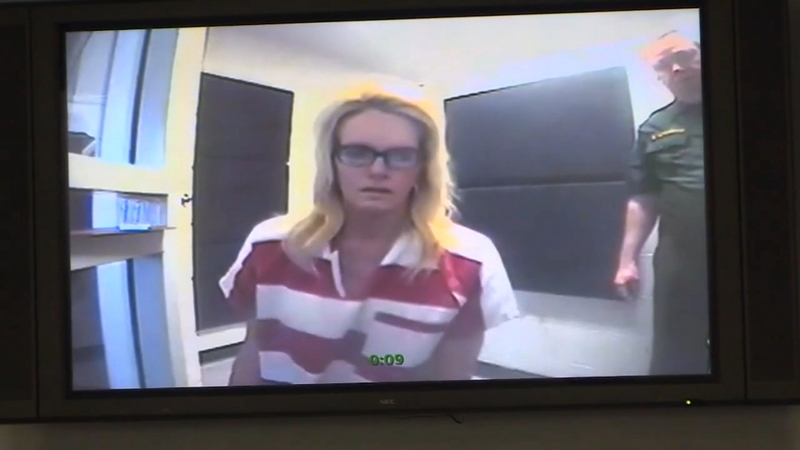 Florida man missing 17 years killed by wife, friend; was not eaten by alligators

An indictment made public Wednesday accuses Mike Williams' widow of plotting his death for months before his best friend shot him.

Denise Williams was ordered held without bond Wednesday after pleading not guilty. She was arrested Tuesday on charges of first-degree murder, conspiracy to commit murder and accessory after the fact in her husband's December 2000 killing.

The indictment by a Leon County, Florida grand jury alleges that she conspired with Brian Winchester for more than nine months to kill Williams. Winchester helped him write a $1 million insurance policy six-months before he disappeared, and later married his widow.

Tallahassee, Florida attorney Ethan Way says Denise Williams had nothing to do with her husband's disappearance and murder.

"The most troubling is the indictment spells out that Winchester killed Mike Williams and he has not been charged. Obviously Mr. Winchester has admitted to killing Mike Williams," Way said. "Denise has had to live with the drumbeat of speculation for 17 years. She has cooperated with law enforcement from the beginning."

The case has been considered suspicious for years and has been covered extensively by the Tallahassee Democrat, a newspaper in Tallahassee, Florida.

Without a body, Denise Williams later petitioned to have him declared dead due to accidental drowning while duck hunting alone and being eaten by alligators. She married Winchester in December 2005, but the relationship soured and they divorced in 2016.

Last year, Winchester pleaded no contest to kidnapping his ex-wife at gunpoint, and was sentenced to 20 years in prison. The very next day, authorities announced that Mike Williams' remains were found at the end of a dead-end road after they received "new information." The body had been discovered two months earlier, but the state's Department of Law Enforcement needed to confirm through DNA tests that it was actually Mike Williams.

Winchester's lawyer, Tim Jansen, wouldn't comment on the indictment, but said his client will testify truthfully if subpoenaed or given immunity.