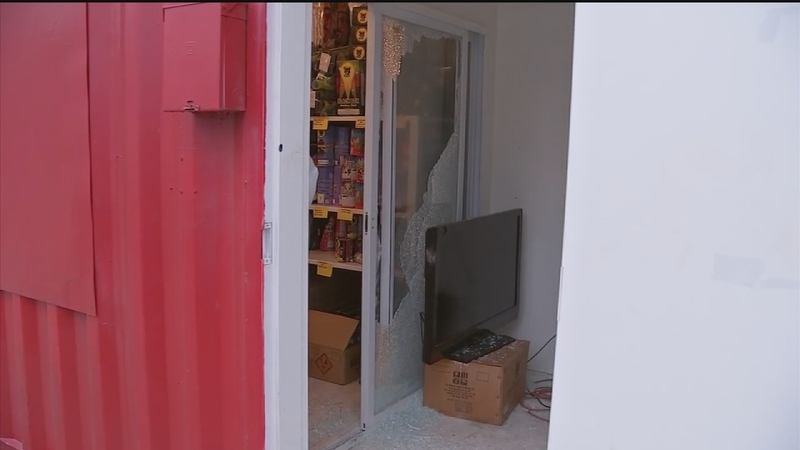 Gunfire rings out at fireworks stand

KATY, TX (KTRK) -- One suspect is in critical condition this morning and another still on the run after the owner of a fireworks stand turned the table on some would be robbers in west Harris County.

Police got the call around 9:30pm last night at the "Best Fireworks Stand" located in the 2200 block of Highland Knolls Drive near South Mason Road.

The manager was closing for the night when he says two men pulled up in a Ford Mustang and tried to rob him. The manager then pulled out his own gun and opened fire.

The Harris County Sheriff's Office believes the robbers may be part of an even bigger robbery spree.

"I understand he robbed at least two other places tonight and shot at the complainants," said Sgt. Scott Ashmore. "Tonight, he robbed this fireworks stand... and the owner of the establishment was armed and got into a shootout with the suspect."

The robber who was shot was hit four times and taken to the hospital and remains in critical condition. The second robber jumped back into the car and got away.

The fireworks stand manager was not hurt.

If you have any information on this case, you're being asked to contact the Harris County Sheriff's Office.