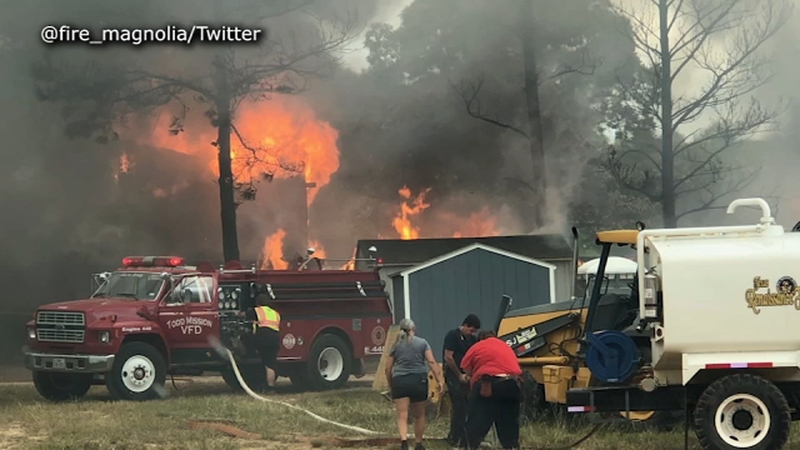 A spokesperson for the festival said firefighters from Todd Mission, Plantersville/Stoneham, Whitehall, Tri-County, Rolling Hills and Magnolia responded to the fire near the Polish Pub.

The Magnolia Fire Department assisted Todd Mission Fire Department at the Renaissance Featival. They were able to contain the fire to four buildings with no loss of life. pic.twitter.com/i1s5Bhc16E

The fire happened as the festival was winding down the first week of opening while under the pandemic.

The festival plans to open as scheduled for the second weekend of the 46th season.

The cause of the fire is currently under investigation.

Changes for the upcoming season include suspending The After Dark Saturday evening entertainment experience until 2021, not offering costume rentals this season and canceling the annual School Days event, according to the release. Additionally, the King's Feast-a daily event-will offer only one seating per day this fall, and the Tea & Strumpets high tea event will have limited seating by reservation.

However, 349 vendors will still be featured throughout the festival ground, including 11 guest vendors and 20 new vendors this season, according to the release. Thirty stage acts are also still planned, as are the nightly fireworks.

In addition to new and guest vendors, the festival's expanded area will also include new entertainment, such as a pirate ship museum, a tower slide, pyro juggler Thomas Wood and accordionist Amanda Kitchens, and the multiple-story Wyrmwood Public House.