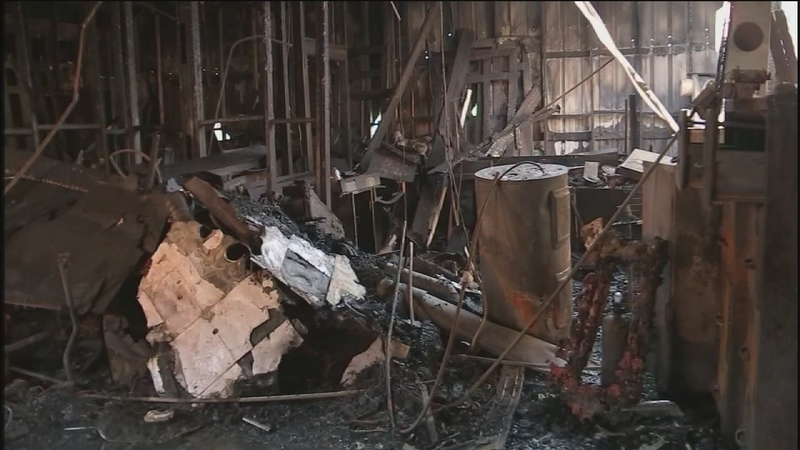 HOUSTON (KTRK) -- Members of the Quba Islamic Institute are continuing to pray after a fire gutted one of their buildings Friday.

Fire investigators are not saying the word arson yet, however Eyewitness News has confirmed an accelerant was used.

19-year-old Salman Zahid said he is trying not to jump to conclusions.

"Obviously, it's still being investigated. I'm not gonna say for a fact someone did it, Zahid said, "I hope to God no one did, because that's unimaginable."

And yet when Zahid opens up the Quba Islamic Institute Facebook page, he sees that kind of hate is very real.

"You look at these Facebook profile pictures and they look like normal, happy people," Zahid said, "And then they say such amazing things, like, 'that was a waste of a fire. Like if there were people in there burning it would have been much better."

Since the fire Friday, hundreds of Facebook users have commented on the page. Some share messages of support; others say things too profane to report on the news.

One person wrote, "Glad it was this scumbag place and not another American place."

Another person wrote, "I can't wait to see all Islamic centers and homes burn to the ground in the USA."

Zahid said he has heard these views before, but it is still unsettling to have to read these words in the face of such a loss.

"We are judged based on a minority's actions. There are a handful of there are 1.7 billion Muslims in the world," You're going to hold 1.7 billion people accountable for what a few people do?"

Zahid said he stands for peace and "what's right."