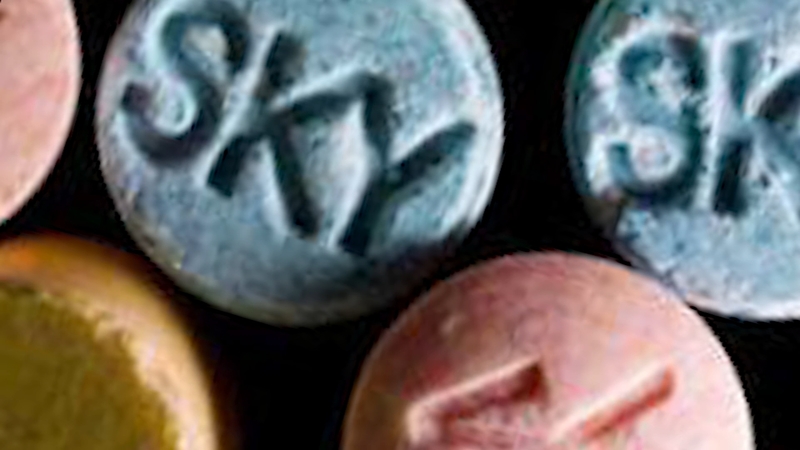 HOUSTON, Texas (KTRK) -- Doctors and law enforcement will provide details Thursday morning of their findings of the first fentanyl-laced ecstasy tablets in Houston.

According to a news release, the Houston Forensic Science Center (HFSC) recently found the first tainted ecstasy tablets, also known as XTC. A news conference is scheduled for 10 a.m. and will include officials from the HFSC, U.S. Drug Enforcement Administration, HPD, and Houston's Chief Medical Officer, Dr. David Persse.

The event will be streamed live on ABC13.com and on your favorite streaming devices, like Roku, FireTV, AppleTV and GoogleTV. Just search "ABC13 Houston."

"This material is infiltrating our illegal drug supply and poisoning our citizens," he said. "It makes you feel good as it's killing you."

The discovery is part of a concerning trend involving the deadly chemical. With its bright colors and candy-like appearance, ecstasy can look harmless, but when laced with fentanyl, a synthetic opioid, it can be fatal.

The Houston division of DEA says enough drugs have made it through Houston to kill half of the population in the United States.

"Finding the fentanyl in something many young people experiment with, and can easily buy on social media, is a game changer," said Rauh. "That means that every time someone takes these illegal pills, they're putting a gun to their head. They're playing Russian roulette, and that's why this keeps getting worse and worse and worse."

The HFSC also reports an 87% increase in fentanyl cases last year. Fentanyl seizures in southeast Texas are way up as well.

"Which is a 600% increase," Steven Whipple, DEA Special Agent in Charge for the Houston Field Division, told Eyewitness News in January. "That's enough fentanyl to kill half the population in the United States. Two milligrams is enough to OD a person. It's just simple math."

Rauh founded the Families Against Fentanyl organization after his son's death and is pushing the government to declare fentanyl as a weapon of mass destruction.


He said the fatal shot his son took would have killed 100 people. He fears a fentanyl-laced pill could do the same.


"There's no second chance," he said.

To learn more about Rauh's organization, visit the Families Against Fentanyl website.