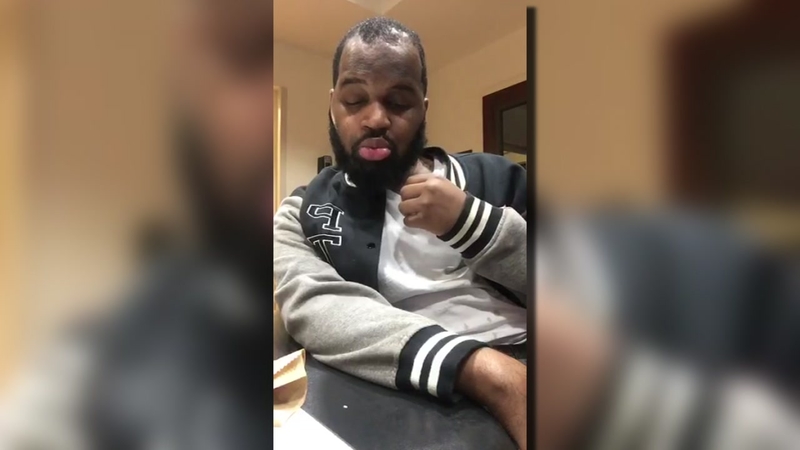 Devyn Holmes thanks supporters as he continues recovery

HOUSTON, Texas (KTRK) -- Eight months after being accidentally shot in the head on Facebook Live, Devyn Holmes took to his Facebook page to thank his supporters and update them on his recovery process.

Holmes appeared in good spirits as he streamed himself with his mom on Facebook Live Sunday afternoon.

"You just got to stay focused and keep pushing," Holmes said in the video.

Holmes was released from the hospital back in September and was cheered at a gathering in Galveston County.

In August, Holmes began defying the odds as video showed him standing and exercising for the first time since the traumatic incident.

More recently, Holmes was able to go home for the first time since March to celebrate Christmas with his family.

Anyone who would like to donate to assist with medical bills can mail donations to P.O. Box 16258, Galveston, TX 77552.