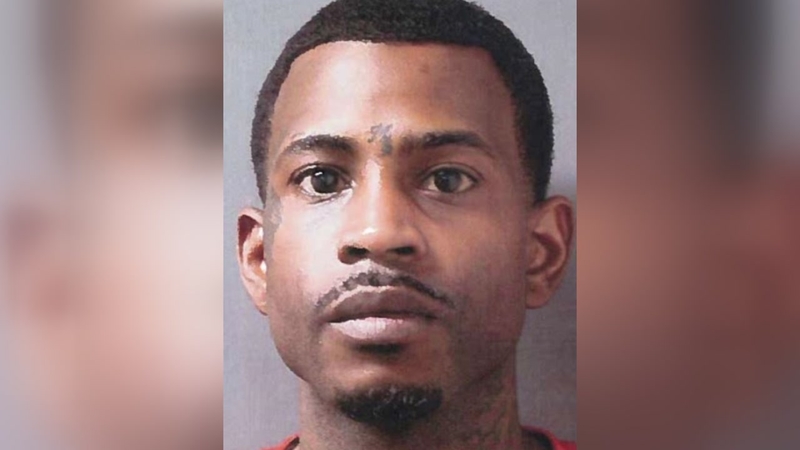 Suspect on the run after deadly shooting in front of 3 kids in NW Harris Co.

HOUSTON, Texas (KTRK) -- A man has been fatally shot outside an apartment complex in northwest Harris County.

The Harris County Sheriff's Office responded to a call in the 15600 block of Bammel Village Drive on Sunday afternoon. There were several bullet holes in an SUV, where a man in his 30s was shot and killed.

Deputies say there was an argument between the victim and another man.

URGENT: Investigators need help finding Ronald Roy Smith, 32, charged with shooting a man to death today in the 15600 block of Bammel Village. He’s also wanted by @houstonpolice for a 12/27 murder in the 8300 block of Veterans Memoria. Call 911 if you see him. #HouNews pic.twitter.com/lnMw3bkLvv

The victim was seen trying to get away from the man when he was caught by the gunfire. He fell to the ground and died at the scene.

Deputies say three young children and a family member were inside the SUV. They all survived.

Lt. Kim Fonville with the sheriff's office said, "Very close. The children were in the back seat of the Tahoe. I observed a bullet hole in the tailgate. Thankfully, no one was struck."

Authorities later identified 32-year-old Ronald Roy Smith as the suspect in the shooting.

Investigators say the victim and Smith may know each other. No one has been arrested.

@HCSOTexas Deputies responded to 15600 block of Bammel Village Drive (North Harris County) in reference to an in-progress call. Upon arrival, units learned a male (b/m 34 yoa) was shot & confirmed deceased. May have stemmed from a verbal argument with an acquaintance. #hounews pic.twitter.com/06ErCYaWD6

The suspect is also wanted by Houston police. Anyone who has seen Woods is urged to call 911.